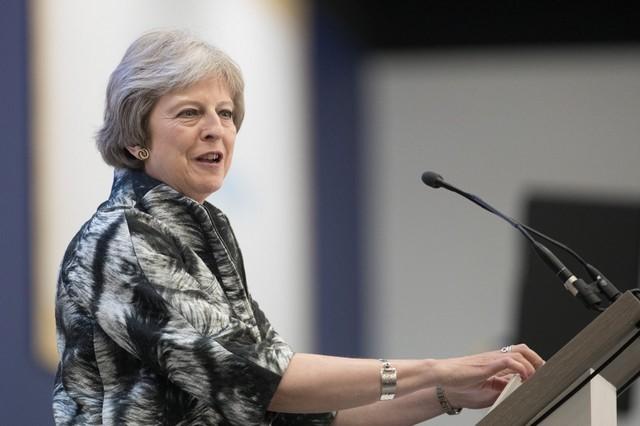 LONDON (Reuters) – British Prime Minister Theresa May narrowly avoided a defeat in parliament at the hands of pro-EU lawmakers from her own party on Tuesday, fending off a rebellion that had threatened to deepen a crisis over her Brexit strategy.

Parliament voted 307 to 301 against an amendment to trade legislation in a vote that had been closely followed by currency markets, and was seen as a test of May’s ability to deliver a smooth British exit from the European Union and keep her job.

The amendment would have required the government to try to negotiate a customs union arrangement with the EU if, by Jan. 21, 2019, it had failed to negotiate a frictionless free trade deal with the bloc.

Sterling GBP=D3 rebounded from the day’s lows against the dollar after the government sidestepped defeat on the amendment.

But there was no guarantee that the issue of retaining a form of customs union – which pro-EU MPs see as vital to preserving industrial and commercial supply chains – would not resurface.

One Conservative lawmaker present told Reuters that the party whips whose job it is to enforce discipline, desperate to win the vote, had threatened to call a confidence vote in May if she lost, a move that could bring down the government.

Tuesday’s legislation was technical in nature – focusing on converting trade deals between the EU and third countries into bilateral deals with Britain – and was not originally intended to define new trade policy.

Showing how tight the numbers are, the government did suffer an unexpected defeat on a separate amendment, which means it will now be required to seek continued participation in the European medicines regulatory framework.

“Very significant defeat of govt tonight on European medicines regulation amendment. Near miss on customs union amendment. Margin is closing on these votes & we will keep at it,” tweeted Keir Starmer, Brexit spokesman for the opposition Labour Party, which favors a customs tie with the EU.

The Department for International Trade said Britain was always seeking to be part of the medicines framework. It said it objected to the amendment because it requires the government to take “all necessary steps” to join, while the government wants to join only if it can negotiate reasonable terms.

May is expected to face many more challenges to her strategy after a summer break as she works her way through a mountain of Brexit-related legislation. Any final deal with the EU will also require ratification by a bitterly split parliament.

Highlighting the fine margins May is dealing with, Tuesday’s victory required the votes of four pro-Brexit Labour opposition lawmakers who backed the government in defiance of their party’s instructions.

May will be back in the firing line on Wednesday when she takes questions from lawmakers in parliament before appearing in front of a parliamentary committee, and then leading a Conservative Party meeting.

The close shave was May’s third this week as she presents legislation on one of the most important and divisive decisions in modern British history with only a minority government, and her Conservative Party at war with itself.

By prevailing in Tuesday’s vote, she avoided for now the prospect of having to go back on her word that Britain will not be part of any customs union after leaving the EU – something that would have enraged the pro-Brexit wing of her party.

The prospect of continued drama in parliament and doubts over the future of May’s “white paper” Brexit plan – which is itself only a starting point for talks with the EU – is testing the patience of businesses that depend on cross-border trade.

“We can’t rely on anything,” said Warren East, CEO of UK engine maker Rolls Royce, who said his firm could start stockpiling parts soon if it looked like Britain was heading toward a disorderly exit from the EU.

On Monday, May infuriated lawmakers who want to keep the closest possible ties in the EU when she decided to accept a number of demands by hardline pro-Brexit members.

On two of those votes, her majority was cut to three.

May is proposing to negotiate the closest possible commercial links – “a common rule book” – for goods trade with the bloc, saying this is the only way to balance political and economic priorities for Brexit.

But her plan has pleased few on either side, compounding the divisions within he Conservative Party that have so far frustrated progress in talks with the EU.

The government was forced to abandon a plan to start parliament’s summer recess five days early, after opponents criticized it as a ploy to avoid further rows, and members of her own party said they still had work to do.

“I can’t remember anything quite like this. I got into the House of Commons in 1966, we had some pretty hairy moments, but nothing as continued and nothing where the bitterness between the two sides in the government party is as acute as it is today,” former Conservative minister Michael Heseltine, who now sits in parliament’s upper chamber, told Sky News.

Reporting by William James and Andrew MacAskill and Elizabeth Piper with additional reporting by Kate Holton and Sarah Young; Editing by Stephen Addison and Kevin Liffey