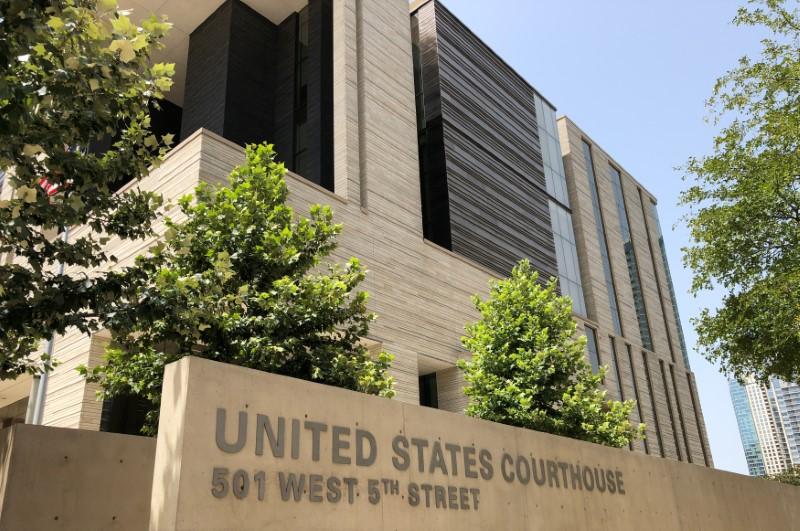 AUSTIN, Texas (Reuters) – A court hearing on a Texas law requiring the burial or cremation of aborted fetal tissue opened on Monday with the state arguing the requirement was a matter of dignity, while abortion providers called it unnecessary and aimed at impeding clinic operations.

The federal court building is shown at the beginning of a hearing on a state law concerning abortion in Austin, Texas, U.S., July 16, 2018. REUTERS/Jon Herskovitz

U.S. District Judge David Ezra, who had temporary halted the law, said he wanted to keep the hearing in the Texas capital, Austin, from being influenced by speculation that a new U.S. Supreme Court justice to replace the retiring Anthony Kennedy could alter national abortion law.

Ezra, appointed by former Republican President Ronald Reagan, said it would be “folly and a great deal of injustice” to base a decision on what the Supreme Court may eventually decide on abortion.

Republicans are hoping the Senate will confirm Brett Kavanaugh, a conservative U.S. appeals court judge nominated by President Donald Trump to fill the Supreme Court vacancy, before the court’s next term opens in October.

Abortion rights advocates worry that Kavanaugh, whose previous judicial record on abortion cases is thin, could change the balance on the Supreme Court in favor of more restrictions, or even help overturn the court’s landmark 1973 Roe v. Wade decision that legalized abortion.

Legal battles are developing over state laws restricting abortion, including the one in Texas and another in Arkansas that effectively bans medication-induced abortions.

In June 2017, Republican Texas Governor Greg Abbott signed abortion restrictions into law that included the requirement on disposal of fetal tissue. Prior regulations called for the tissue to be disposed in the same manner as other human tissue, which is typically through incineration and disposal in a sanitary landfill.

“It is for the dignified disposal of fetal remains and nothing more,” Darren McCarty, representing Texas, said in opening statements.

But Texas has a record of imposing restrictions on abortion that courts have ruled were aimed at shuttering clinics or placing an undue burden on women seeking the procedure.

Texas began crafting its regulations on fetal tissue disposal in 2016, shortly after it suffered a stinging defeat in the U.S. Supreme Court that struck down other abortion restrictions approved by lawmakers in the most populous Republican-controlled state.

Lawyers for the plaintiffs, who include abortion providers, said women could already seek burial or cremation of fetal tissue under current state law.

They said the law placed an arbitrary burden on women’s beliefs by requiring a burial ritual and could place providers under threat of closure if they cannot find ways to abide by the measure.

“The act provides no added benefit to Texas women,” David Brown, a lawyer for the plaintiffs, said in opening statements.

Other states with similar laws on fetal tissue disposal are Arkansas, Louisiana and Indiana, according to the Guttmacher Institute, which monitors abortion laws.

Courts have blocked the fetal tissue laws in those states.