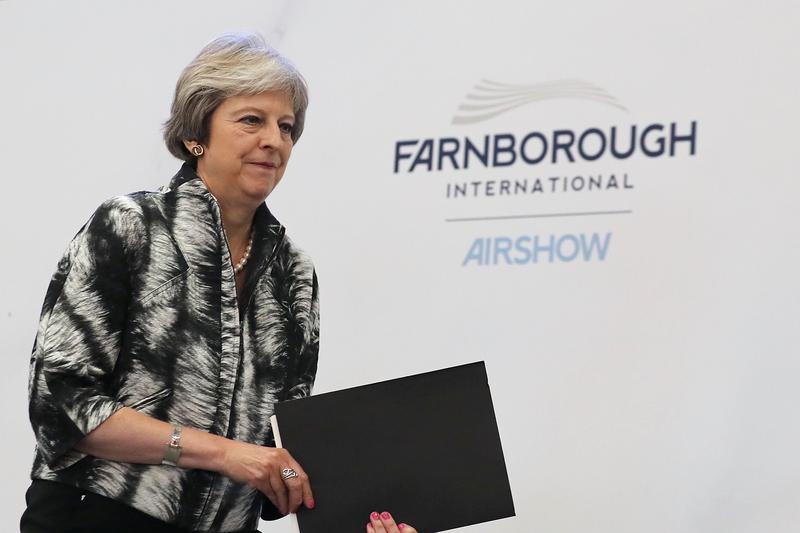 Britain’s Prime Minister, Theresa May prepares to speak at the Farnborough Airshow, in Farnborough, Britain July 16, 2018. Matt Cardy/Pool via REUTERS

“It is the policy of the government that we should not remain part of a customs union that is why we cannot accept the amendment today. Clearly we would not be able to implement any independent free-trade deals,” Hollingbery said during a debate on post-Brexit trade laws.