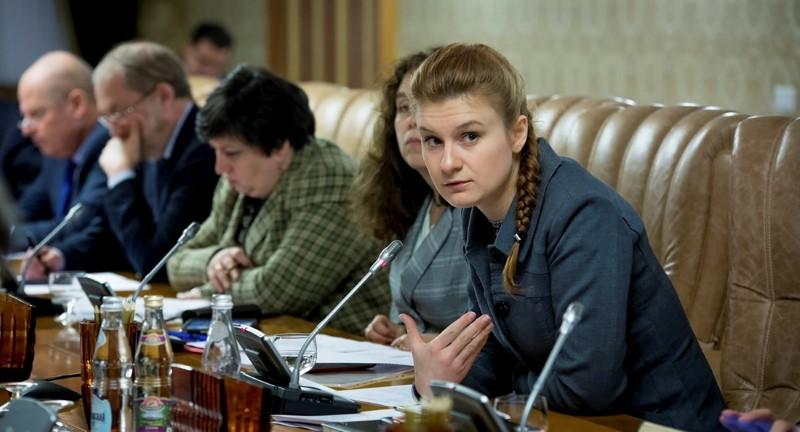 WASHINGTON (Reuters) – A U.S. grand jury on Tuesday indicted a Russian woman on charges of acting as an agent of the Russian government, the Justice Department said.

Public figure Maria Butina (R) attends a meeting of a group of experts, affiliated to the government of Russia, in this undated handout photo obtained by Reuters on July 17, 2018. Press Service of Civic Chamber of the Russian Federation/Handout via REUTERS

Maria Butina, who studied at American University in Washington and is a founder of the pro-gun Russian advocacy group Right to Bear Arms, was arrested on Sunday and is scheduled to appear on Wednesday in federal court in Washington, the department said.