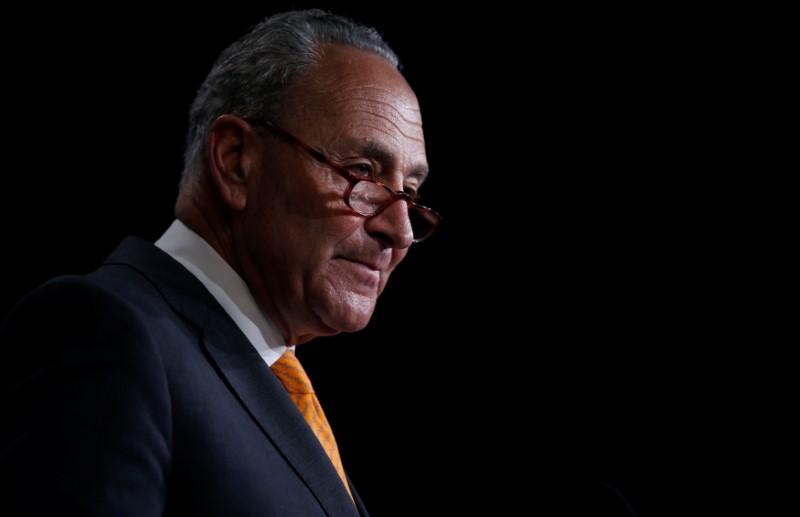 (Reuters) – A wave of condemnation by U.S. lawmakers from both Republican and Democratic parties followed President Donald Trump’s failure at a Helsinki summit to warn Russian President Vladimir Putin about meddling in the 2016 U.S. election.

The following are some of the comments by U.S. Senators and Representatives:

“Today’s press conference in Helsinki was one of the most disgraceful performances by an American president in memory. The damage inflicted by President Trump’s naiveté, egotism, false equivalence, and sympathy for autocrats is difficult to calculate … The summit in Helsinki was a tragic mistake.”

“No prior president has ever abased himself more abjectly before a tyrant.”

“Missed opportunity by President Trump to firmly hold Russia accountable for 2016 meddling and deliver a strong warning … This answer by President Trump will be seen by Russia as a sign of weakness and create far more problems than it solves.”

“President Trump’s weakness in front of Putin was embarrassing, and proves that the Russians have something on the President, personally, financially or politically.”

“The Russians are not our friends and I entirely believe the assessment of our intelligence community.”

“The president must appreciate that Russia is not our ally. There is no moral equivalence between the United States and Russia, which remains hostile to our most basic values and ideals.”

“In the history of our country, Americans have never seen a president of the United States support an adversary in the way Trump supported President Putin.”

“He took the word of the KGB over the men and women of the CIA.”

“Engaging with even somebody as evil as Putin is necessary … the way I interpret it is the president was trying to maintain some rapport with him but clearly I disagree with Mr. Putin and I agree with our intelligence officials that they did attempt to meddle in the election.”

“I never thought I would see the day when our American President would stand on the stage with the Russian President and place blame on the United States for Russian aggression. This is shameful.”

“President Trump just attacked our intelligence agencies and law enforcement for doing their jobs while standing next to a dictator who intervened in our election to help elect Trump.”

“Putin will take this as a green light to interfere in 2018, and it is. Cowardly and shameful.”

Compiled by Richard Cowan and Amanda Becker in WASHINGTON; Editing by Kevin Drawbaugh and Grant McCool