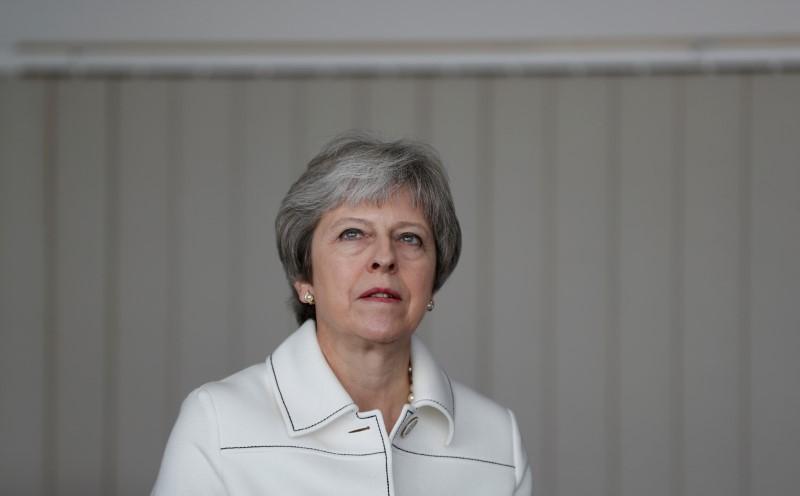 LONDON (Reuters) – Prime Minister Theresa May narrowly avoided a defeat in parliament at the hands of pro-EU lawmakers from her own party on Tuesday, fending off a rebellion that had threatened to deepen a crisis over her Brexit strategy.

Parliament voted 307 to 301 against an amendment to trade legislation in a vote that had been closely followed by currency markets, and was seen as a test of May’s ability to deliver a British exit from the European Union and keep her job.

The amendment would have required the government to try to negotiate a customs union arrangement with the EU if, by Jan. 21, 2019, it had failed to negotiate a frictionless free trade deal with the bloc.

Sterling GBP=D3 rebounded from the day’s lows against the dollar after the government sidestepped defeat on the amendment.

But there was no guarantee the matter of retaining a form of customs union – which pro-EU MPs see as vital to preserving industrial and commercial supply chains – would not resurface.

Tuesday’s legislation was technical in nature – focusing on converting trade deals between the EU and third countries into bilateral deals with Britain, and was not originally intended to define new trade policy.

However, the government did suffer an unexpected defeat on a separate amendment, which means it will now be required to seek an agreement that allows Britain to have continued participation in the European medicines regulatory framework.

“Very significant defeat of govt tonight on European medicines regulation amendment. Near miss on customs union amendment. Margin is closing on these votes & we will keep at it,” tweeted Keir Starmer, Brexit spokesman for the opposition Labour Party, which favours a customs tie with the EU.

May is expected to face many more challenges to her strategy after a summer break as she works her way through a mountain of Brexit-related legislation. Any final deal with the EU will also require ratification by a bitterly split parliament.

The close shave in parliament was May’s third this week, underscoring the difficulty she faces in passing legislation on one of the most divisive and important decisions in modern British history with only a minority government and her Conservative Party at war with itself.

By prevailing in Tuesday’s vote, she avoided for now the prospect of having to go back on her word that Britain will not be part of any customs union after leaving the EU – something that would have enraged the pro-Brexit wing of her party.

The prospect of continued drama in parliament and doubts over the future of May’s “white paper” Brexit plan – which is only a starting point for talks with the EU – is testing the patience of businesses that depend on cross-border trade.

“We can’t rely on anything,” said Warren East, CEO of UK engine maker Rolls Royce, who said his firm could start stockpiling parts soon if it looked like Britain was heading towards a disorderly exit from the EU.

May’s vulnerability in parliament, where she lost her party’s majority in an ill-judged election last year, was also laid bare on Monday when her decision to accept demands of hardline pro-Brexit lawmakers stirred a revolt among those who want to keep the closest possible ties in the EU.

On two of Monday’s votes her majority was cut to three, suggesting that May will struggle to get Brexit legislation through a polarised parliament, which could threaten any final approval of a Brexit agreement with the EU.

May vows to stick to her plan to negotiate the closest possible commercial links – “a common rule book” for goods – with the bloc, saying this is the only way to balance political and economic priorities for Brexit, the most momentous shift in British foreign and trade policy for decades.

But her plan so far has pleased few on both sides, compounding divisions within the Conservative Party that have so far frustrated progress in talks with the EU, and triggering a war of words between eurosceptic and pro-EU factions.

“We can’t please everybody. We have to have a compromise position that enables the country to get an agreement with the European Union,” trade minister Liam Fox told BBC radio.

Reporting by William James and Andrew MacAskill and Elizabeth Piper with additional reporting by Kate Holton and Sarah Young; Editing by Stephen Addison and Mark Heinrich