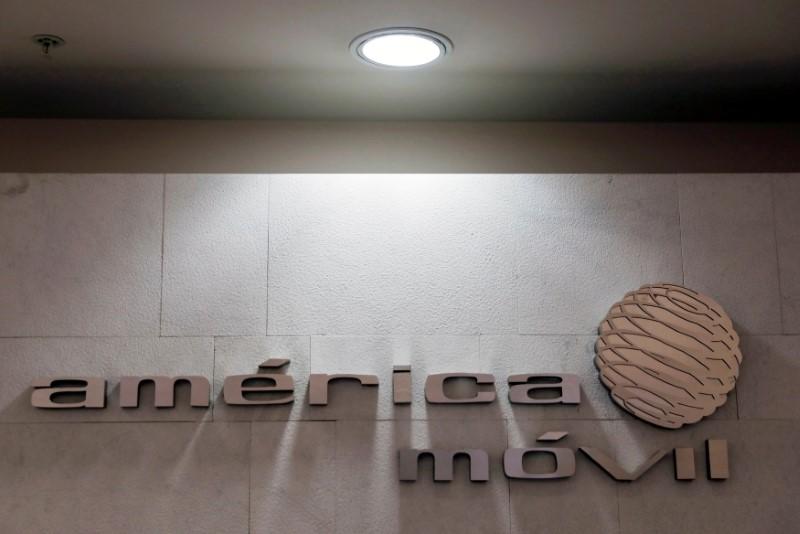 FILE PHOTO: The logo of America Movill is seen on a wall at the company’s corporate offices in Mexico City, Mexico March 14, 2018. REUTERS/Carlos Jasso/File Photo

The company, which is controlled by the family of Mexican billionaire Carlos Slim, posted a net profit of 818 million Mexican pesos ($41.2 million), down sharply from 14.3 billion pesos during the same quarter a year ago.

America Movil said its performance was hurt by the U.S. dollar’s gains against the currencies of Mexico and Brazil, two of its key markets.

Analysts had expected the company to log a net quarterly profit of 3.5 billion pesos, according to a Reuters poll, down from the same period last year, but a narrower loss than what was ultimately reported.

Nevertheless, the company touted its rising data revenues for both pre- and post-pay customers, widely seen as the future of the business. The firm also added 1.1 million lucrative post-pay customers during the quarter.

America Movil’s performance in its home country has suffered in recent years as Mexican President Enrique Pena Nieto pushed through reforms intended to weaken the company’s dominance of the sector.

But the company’s fortunes have improved as the administration’s tenure winds down. Pena Nieto will conclude a six-year term in November.

Last August, the Mexican Supreme Court sided with America Movil that it should not be barred from charging competitors for use of its network, weakening a key plank of the reform.

The telecoms minister of Mexican President-elect Andres Manuel Lopez Obrador, who takes office on Dec. 1, told Reuters he favors re-examining some regulations stemming from the reform, meaning the company may see more relief.

America Movil’s earnings before interest, tax, depreciation and amortization (EBITDA), a closely watched measure of profitability, rose 14.9 percent in Mexico during the quarter, the sharpest increase in almost 11 years, the company said.

There was good news for America Movil north of the border as well, as TracFone, its U.S. subsidiary, reported its service revenues returned to growth after recent declines.