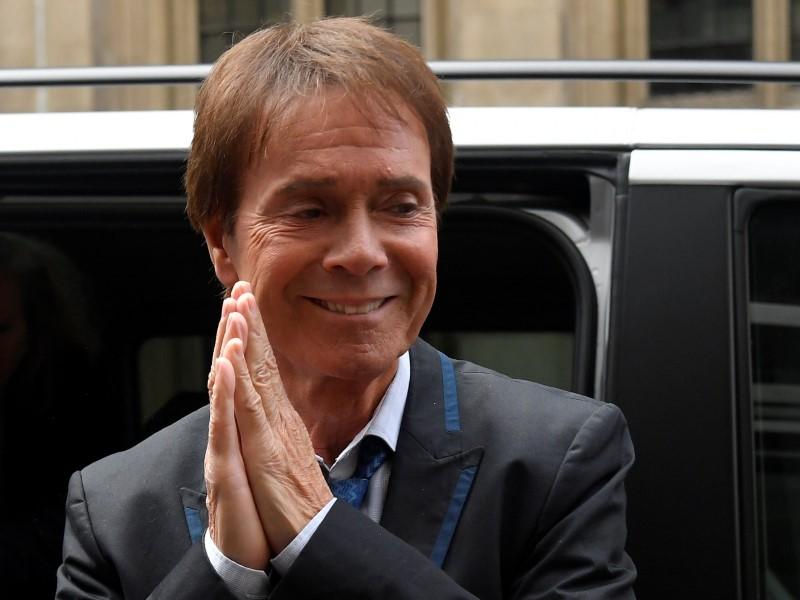 LONDON (Reuters) – British singer Cliff Richard won 210,000 pounds ($273,735) in damages on Wednesday after London’s High Court ruled the BBC had breached his privacy by televising a raid on his house which he said damaged his reputation and left him feeling violated.

Singer Cliff Richard arrives at the High Court for judgement in the privacy case he brought against the BBC, in central London, Britain, July 18, 2018. REUTERS/Toby Melville

The BBC broadcast detectives searching his home in August 2014 while Richard, 77, one of Britain’s best known entertainers, was away on holiday as part of an investigation into allegations of historical child sex offences.

Prosecutors later said he would face no charges due to lack of evidence and Richard, who maintained his innocence throughout the investigation, began legal action over the BBC’s reporting of the case.

Handing down his judgment, Justice Anthony Mann said the BBC had infringed Richard’s privacy rights “without a legal justification.”

Singer Cliff Richard arrives at the High Court for judgement in the privacy case he brought against the BBC, in central London, Britain, July 18, 2018. REUTERS/Toby Melville

“It did so in a serious and also in a somewhat sensationalist way,” he said in his judgment.

“I have rejected the BBC’s case that it was justified in reporting as it did under its rights to freedom of expression and freedom of the press.”

Richard, born Harry Webb in 1940 and who was often called Britain’s Elvis Presley early in his career, cried as the verdict was delivered and hugged supporters in the courtroom.

Outside, fans sang “Congratulations”, one of his 14 UK number one singles in Britain.

Richard is the only singer to have topped the UK singles chart in five consecutive decades, from the 50s to the 90s, with hits such as “Living Doll” and “Summer Holiday”, and was knighted by Queen Elizabeth in 1995.

After the police inquiry into Richard was dropped, the BBC said it was very sorry that he had suffered distress, but stood by its decision to report on the investigation and the search of his house.

Richard told the court he had felt violated and betrayed by the broadcast, and had suffered illness from the stress it caused. It had also had a major impact on his career.

“I accept all this evidence. It adds up to a life that was hugely affected for almost two years by loss of public status and reputation, embarrassment, stress, upset and hurt, with some consequential health effects,” Mann said in his ruling.

“All this is entirely understandable. None of it results from over-sensitivity. I also accept that practically all of this was caused by the BBC’s broadcasting the story in the first place.”

A review by lawmakers on a parliamentary committee in October 2014 criticized what it called the police’s “inept handling” of the situation, but said there had been nothing wrong in the BBC’s decision to run the story.

Before the High Court trial, South Yorkshire Police agreed to pay Richard 400,000 pounds for its role in the incident.