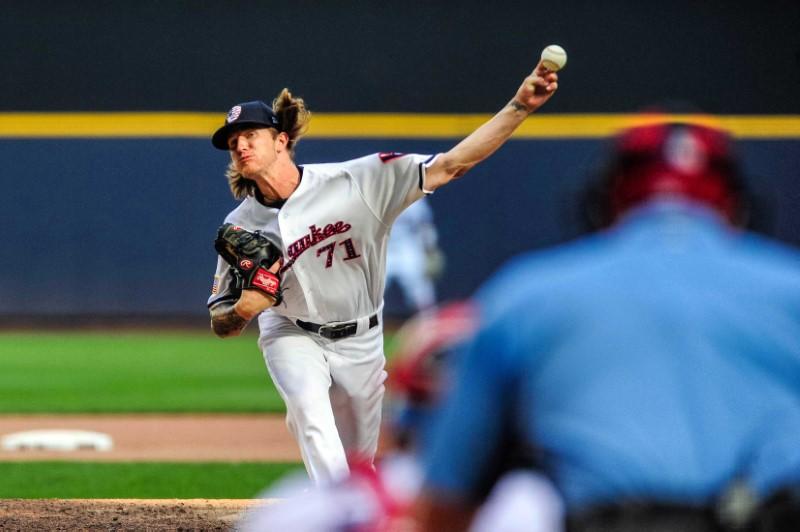 Milwaukee Brewers reliever Josh Hader apologized when speaking to reporters Tuesday night when asked about racist and anti-gay comments that were surfaced from years ago on his Twitter account during the All-Star Game in Washington.

“I was young, immature and stupid,” Hader, 24, said. “There’s no excuse for what was said. I’m deeply sorry for what I’ve said and what’s been going on. It doesn’t reflect any of my beliefs going on now.

“It was something that happened when I was 17 years old. As a child I was immature. Obviously I said some things that were inexcusable. That doesn’t reflect who I am as a person today. That’s just what it is.”

Hader added that he planned to apologize to his teammates for the comments.

“He was young. We all say some crazy stuff when we’re young,” said Brewers outfielder Lorenzo Cain. “So, we’ll move on from this. He said it, it’s over, it’s done with, and we’re gonna focus on playing baseball.”

Hader appeared in Tuesday’s game, allowing three runs (one earned) on four hits while recording just one out. Members of his family in attendance reportedly removed or hid jerseys bearing his name in order to avoid attracting unwanted attention from others, according to Jeff Passan of Yahoo Sports.

Hader, who has a 1.50 ERA and has struck out 89 batters in 48 innings with the Brewers this season, told reporters he would accept any consequences that may come as a result of the tweets.