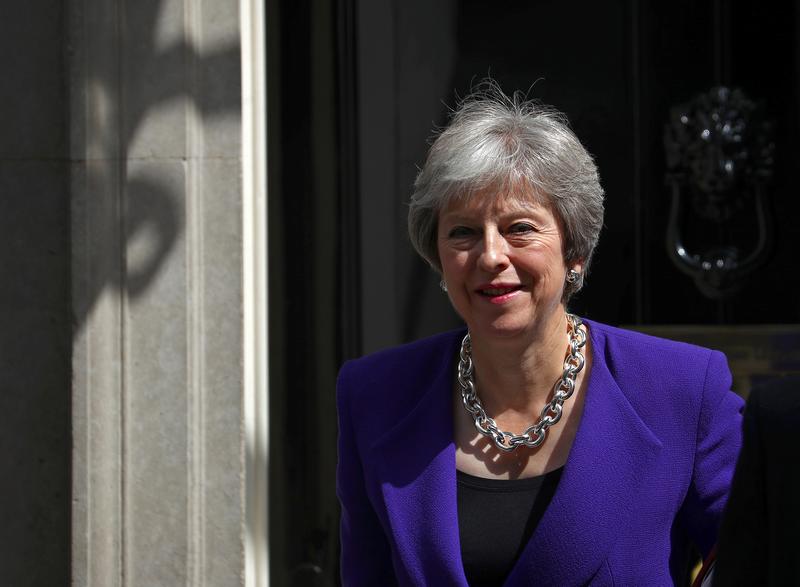 LONDON (Reuters) – Prime Minister Theresa May said on Wednesday her government has begun negotiations with the European Union based on her hard-won Brexit plan, pressing on with a proposal roundly criticised by both wings of her Conservative Party.

After narrowly escaping defeat in parliament earlier this week over her proposal for leaving the EU, May signalled she would not drop her proposal for Britain’s future relationship with bloc – the biggest shift in its foreign and trade policy for almost half a century.

But by sticking to her plan for a “business-friendly” departure from the EU, May has thrown down the gauntlet to Brexit supporters and pro-EU MPs in her party who are at war with each other, and – for some – with the prime minister herself.

In a rowdy session of parliament, May was challenged by one pro-Brexit MP in her party to explain when she had decided to change her catchphrase from “Brexit means Brexit”, to “Brexit means Remain”.

“Brexit continues to mean Brexit,” May said to cheers from her Conservative supporters.

May also said talks had already started with Brussels based on the proposal set down in a white paper policy document last week after her divided government had thrashed out a deal at her Chequers country residence.

“The Chequers agreement, the white paper are the basis for our negotiation with the European Union and we have already started those negotiations,” she told parliament.

While May’s party is in disarray over the plan, EU member Ireland also said it was focussing on the white paper, unwilling to be diverted over the changes to her Brexit plans forced through in parliament this week.

“If we get distracted by individual amendments to individual pieces of legislation … then I think we get dragged into an unnecessary debate that wastes a lot of time and energy,” Foreign Minister Simon Coveney told state broadcaster RTE.

May’s vulnerability in parliament, where she lost her majority in an ill-judged election last year, was laid bare on Monday and Tuesday when she faced rebellions from both the pro-Brexit and pro-EU wings of her party.

She won the votes on a customs and a trade bill, but suffered an unexpected defeat on a separate amendment, which means her government must now seek continued participation in the European medicines regulatory framework.

But the government’s approach to securing victory in parliament has not only deepened divisions in her party, but also raised the issue of trust.

One Conservative lawmaker told Reuters the party whips whose job it is to enforce discipline in parliament, had threatened to call a confidence vote in May if she lost – a move that could bring down the government.

A member of the Lib Dems, Jo Swinson, who is on maternity leave, accused the government of reneging on a deal that should have ensured her absence would not impact the vote. The Conservative Party has apologised.

After bowing to pro-Brexit MPs in her party on Monday, the prime minister may have opened the door to their growing calls for her to ditch the Chequers plan.

“What should have become clear to (May) is that the Chequers proposals are completely untenable with our (party) membership in the country and the electorate,” Andrew Bridgen, a Conservative pro-Brexit lawmaker, told Reuters.

“My advice is to drop it now before if causes further damage to our party’s reputation and polling numbers.”