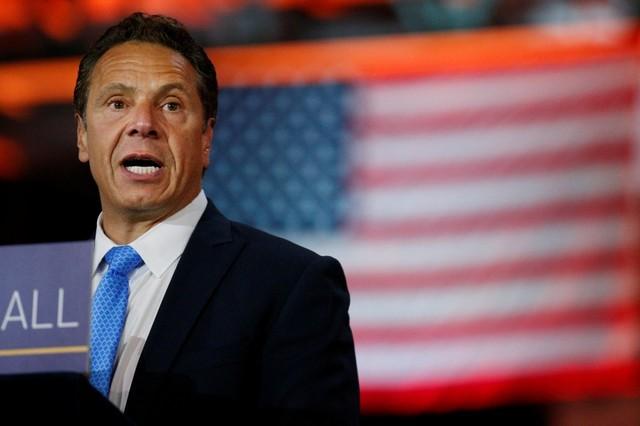 NEW YORK (Reuters) – New York Governor Andrew Cuomo widened his lead over Cynthia Nixon, an actress and activist running to his left in the Democratic gubernatorial primary election in September, according to a Quinnipiac University poll released on Wednesday.

Cuomo, seeking his third term in office, has nearly triple the support of Nixon, with 59 percent of registered Democrats polled saying they would vote for him, versus Nixon’s 23 percent.

Cuomo’s 36-point advantage was even wider than in a Quinnipiac poll in April, when his lead was 22 points.

Nixon, best known for playing the lawyer Miranda on the HBO drama “Sex and the City,” is part of a wave of upstart challengers from the Democratic Party’s left wing.

Her campaign said it was too far out from the Sept. 13 primary vote for a meaningful poll, noting that voter turnout in such elections tends to be very low.

“Polls of registered voters clearly aren’t capturing the kind of Democrats who have been turning out to vote in primaries— the most motivated, most progressive part of the base,” Lauren Hitt, a campaign spokeswoman, said in a statement.

Despite Nixon’s celebrity, 40 percent of voters polled said they did not know enough about the actress to form an opinion, compared with 8 percent for Cuomo.

In 2014, 88 percent of voters said they did not know enough about Cuomo’s then challenger, law professor Zephyr Teachout, a few weeks before she won a third of the vote.

The Cuomo campaign did not immediately respond to a request for comment.

Cuomo, the son of a former New York governor, has nearly 50 times as much money to spend on the race than Nixon, with $31.1 million in cash, according to financial disclosures filed this week. Nixon has $660,000 in cash.

Seen as a potential candidate for the 2020 presidential election, Cuomo says he is a proven champion for marginalized New Yorkers, pointing to his successful efforts to pass same-sex marriage and expanding paid family leave in the state.

Nixon, who grew up in New York City, has assailed Cuomo for giving too much control to Republican lawmakers in a safely Democratic state, the convictions of some of his aids on corruption charges and for the marked decline of the New York City subway during his tenure.

Quinnipiac’s poll was drawn from interviews with 415 Democrats between July 12 and July 16, and had a margin of error of 6.2 percentage points.