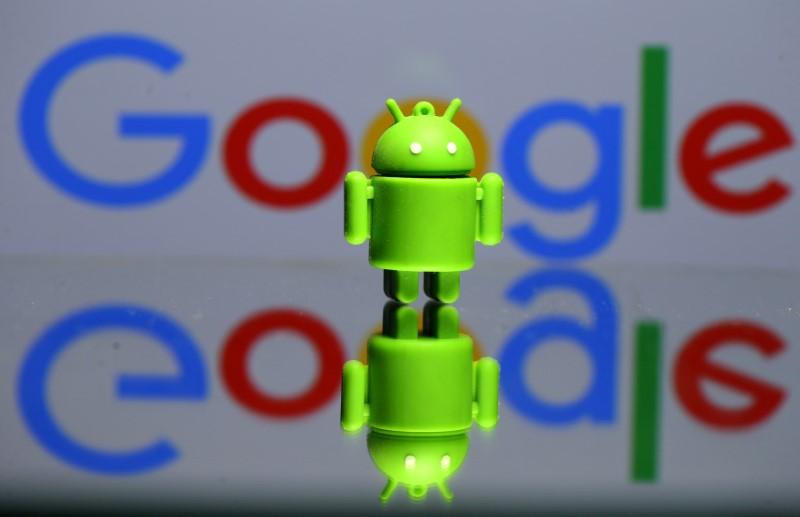 BRUSSELS (Reuters) – The European Commission will fine Google a record 4.3 billion euros ($5 billion) on Wednesday over its Android mobile operating system, a source close to the matter told Reuters.

A news conference is scheduled in Brussels for 1100 GMT.

The fine represents just over two weeks of revenue for Google parent Alphabet Inc. (GOOGL.O) and would scarcely dent its cash reserves of $102.9 billion.

The fine, however, could add to a brewing trade war between Brussels and the Trump administration in Washington.

Vestager’s boss, Commission President Jean-Claude Juncker, is due to meet U.S. President Donald Trump at the White House next Wednesday in an effort to avert threatened new tariffs on EU cars amid Trump’s complaints over the U.S. trade deficit.

Vestager’s announcement on Google is expected to include an order to halt anti-competitive practices in contractual deals with smartphone makers and telecoms providers.

Android runs about 80 percent of the world’s smartphones according to market research firm Strategy Analytics.

The case is the most important out of a trio of antitrust cases against Google because of Android’s enormous growth potential.

A third case, which has not yet concluded, involves Google’s AdSense product. Competition authorities have said Google prevented third parties using its product from displaying search advertisements from Google’s competitors.

Vestager has also ordered a series of measures against other U.S. companies over tax practices in some EU states, notably demanding two years ago that the Irish government take back up to 13 billion euros from Apple Inc (AAPL.O).

Some U.S. officials have complained that the Commission is following a protectionist course, while Vestager, a former Danish minister who is seen as a rising star in EU politics, insists she is merely enforcing laws to protect consumers.