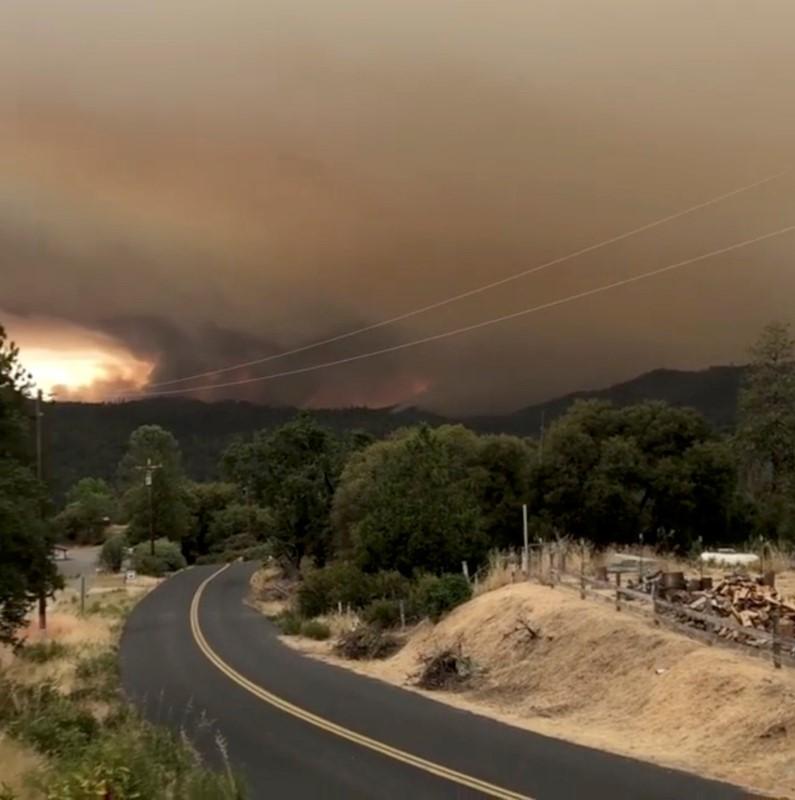 LOS ANGELES (Reuters) – Hot, dry weather conditions on Wednesday may stoke a largely unchecked California wildfire near Yosemite National Park as crews battle through steep terrain and thick smoke to protect a string of small mountain communities in the path of the flames.

The “Ferguson” Fire, which started on Friday night and killed a firefighter the following day, had charred nearly 20 square miles (52 square kilometers) and was burning just a few miles outside the park.

Wednesday’s temperatures are expected to reach at least 105 degrees Fahrenheit (42 C) and humidity will be in the teens, the National Weather Service said in its forecast.

State Route 140, a western entry point into Yosemite, remained closed due to the blaze. Investigators have not yet determined the cause of the conflagration, which was 5 percent contained on Wednesday.

As the fire marched slowly east and south from its starting point at Savage Trading Post, 20 miles (32 km) southwest of the park’s boundary in the Sierra Nevada mountains, fire managers warned that the communities of Jerseydale, Mariposa Pines, Clearing House and Incline could be in danger.

A mandatory evacuation has been ordered for more than 100 homes in Jerseydale, Freeman said.

Firefighter Braden Varney was killed on Saturday when a bulldozer he was using to cut a fire break overturned, according to the California Department of Forestry and Fire Protection.

Varney is the 10th U.S. wildland firefighter to die in the line of duty this year, according to National Interagency Fire Center data.

California has had its worst start to the fire season in a decade, with more than 220,421 acres (89,201 hectares) blackened and six major wildfires burning statewide as of Tuesday, according to the agency.