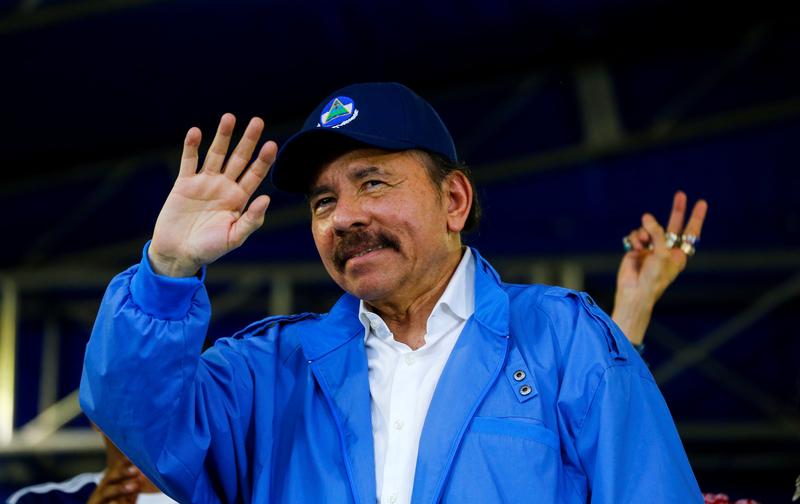 MANAGUA/GENEVA (Reuters) – Nicaraguan security forces on Tuesday moved to clear barricades in a suburb of Masaya, a stronghold of protests against President Daniel Ortega, with rights groups reporting gunfire as police and armed civilians surrounded the area.

Masaya’s chief of police, Ramon Avellan, said he had orders from Ortega to remove roadblocks protesters use to protect themselves in clashes with pro-government groups in the suburb of Monimbo.

“We’re going to fulfill that order, at whatever cost,” he told reporters. “Masaya is ours.”

At least 275 people have been killed in Nicaragua since protests erupted in April over a plan by Ortega’s government to trim pension benefits. The government’s heavy-handed response sparked a wider protest against Ortega’s rule.

Ortega is a former Marxist guerrilla leader who has held elected office since 2007 and also ruled the country from 1979 to 1990. The current violence comes after years of calm in Nicaragua and is the worst since his Sandinista movement battled U.S.-backed “Contra” rebels in the 1980s.

In an apparent attempt to clear the protesters main strongholds, authorities have tightened the clamp-down ahead of the 39th anniversary of the Sandinista revolution on Thursday.

Over the weekend, gunmen in civilian dress fired automatic weapons to clear student protesters from a church and university.

At least one student died in the church, triggering an international outcry, including from the U.S. State Department and U.N. Secretary-General Antonio Guterres.

On Tuesday, Vice-President Rosario Murillo called the protesters a “hate-filled minority” saying authorities were working to recover “security and peace” for residents.

“Paramilitaries and police have practically surrounded the neighborhood and since the morning have been continually attacking it,” she said.

U.N. CALLS FOR END TO VIOLENCE

Nicaraguan police and authorities have killed and imprisoned people without due process and committed torture, the U.N. human rights office said on Tuesday, calling for an end to violence.

The toll included at least 19 police officers, he said, adding that the reports come from human rights staff on the ground and the backdrop is the absence of the rule of law.

“The great majority of violations are by government or armed elements who seem to be working in tandem with them,” Colville told Reuters, adding that the protesters were mainly peaceful though some were armed.

On Monday, Guterres said that groups linked to Nicaragua’s government were using “unacceptable” lethal force against citizens, and urged an end to the violence.

The U.N. rights office called on the government to provide information on two activists missing since they were detained at the airport last week and to open all prisons to monitors.

Two activists, Medardo Mairena and Pedro Mena, were detained by police at Managua airport on Friday and authorities have not told their families where they are despite judicial requests, Colville said.