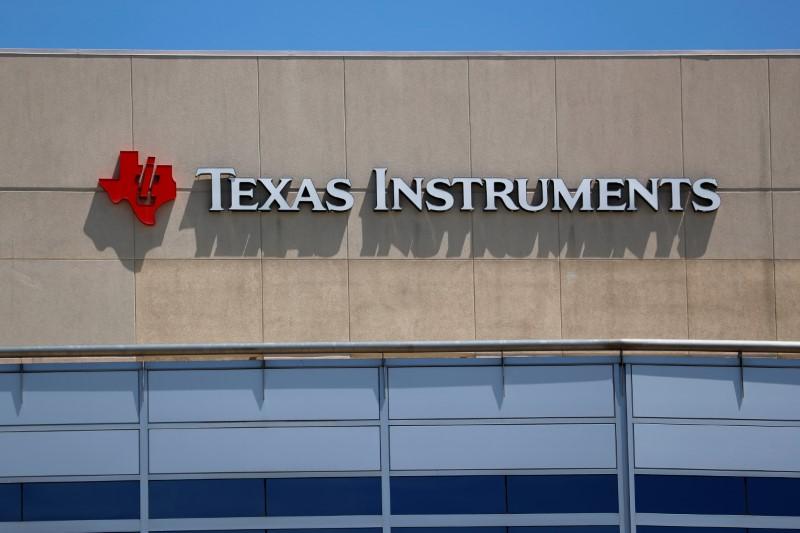 (Reuters) – Texas Instruments Inc (TXN.O) said on Tuesday that Brian Crutcher had resigned as the company’s chief executive officer just six weeks into the role, after finding following a report that he had violated the chipmaker’s code on personal behavior.

The company’s shares fell as much as 2.5 percent in after-market trading even as Texas Instruments reported second-quarter earnings and sales that beat estimates.

Chairman Rich Templeton will reassume the roles of chief executive officer and president and the chipmaker is not searching for a replacement, Texas Instruments said in a statement. The company said Crutcher’s violation was unrelated to the company’s “strategy, operations or financial reporting.”

Texas Instruments would not comment beyond its statement. In a video address to employees that was posted on the company’s website, Templeton said the board received a report that led to the resignation. He provided no details.

“If something is reported that does not align with our ethics and values, we respond, and that is exactly what the board did when it received this claim,” Templeton said in the video message. “Each of us has a personal responsibility. This is about both our accountability for how we conduct ourselves, but also, if you see something wrong, say something.”

Crutcher, who was appointed chief executive officer and president on June 1, has worked at Texas Instruments for the past 22 years, holding various positions including executive vice president and chief operating officer.

Crutcher’s departure is the latest high-profile exit at the top level at U.S. companies in the past two months. Intel Corp (INTC.O) CEO Brian Krzanich left last month after an investigation found he had a consensual relationship with an employee in breach of company policy. Barnes & Noble Inc (BKS.N) CEO Demos Parneros was terminated earlier this month for violation of company policies.

Hans Mosesmann, an analyst at Rosenblatt Securities, said Crutcher’s resignation was surprising because Texas Instruments’ “corporate culture is beyond reproach.”

But Crutcher’s departure is less likely to cause a disruption for Texas Instrument than did Krzanich’s departure at Intel, said Stacy Rasgon, an analyst with Bernstein.

“There’s a direct replacement who was literally on the job six weeks ago,” Rasgon said, adding that the Texas Instruments has a “deep bench” of veteran executives.

Templeton, 59, served as the company’s CEO from 2004 until Crutcher took over.

Texas Instruments on Tuesday also reported second-quarter revenue of $4.02 billion, up 9 percent from the same quarter a year ago, and earnings per share of $1.40, including a 3 cent tax benefit not in the company’s original guidance. Those figures beat Thomson Reuters I/B/E/S estimates of revenue of $3.96 billion and earnings of $1.31 per share.

Reporting by Stephen Nellis in San Francisco and Arjun Panchadar in Bengaluru; Editing by Leslie Adler