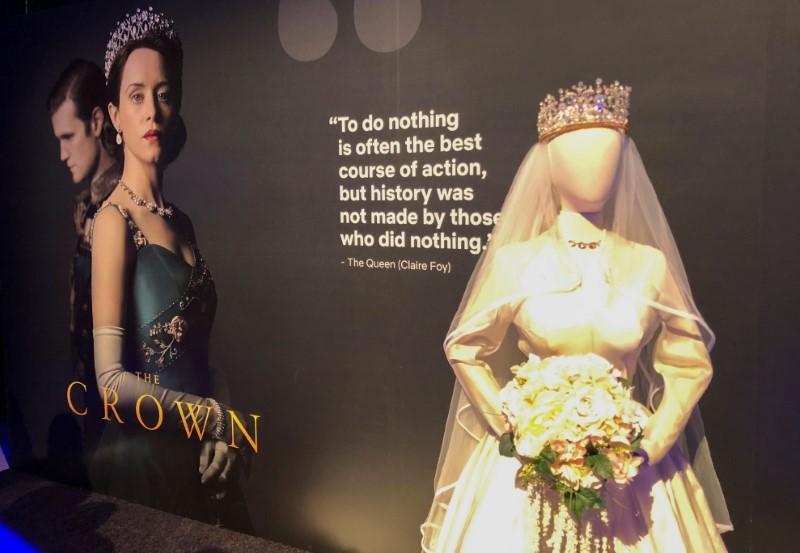 LONDON (Reuters) – Fans of “The Crown”, one of the most expensive television series ever produced, have been given a sneak peak of actress Helena Bonham Carter as Princess Margaret in the third season of the drama that chronicles Britain’s royal family.

FILE PHOTO: Netflix displays a costume from “The Crown” series at an exhibition promoting the company’s shows for Emmy consideration in Los Angeles, California, U.S., May 6, 2018. Picture taken May 6, 2018. REUTERS/Lisa Richwine

On the official Twitter page of the hit show, producers of the Netflix drama on Wednesday released a photo of Bonham Carter as Queen Elizabeth’s younger sister staring haughtily at a cigarette holder

Bonham Carter, who has starred in films such as “Big Fish”, “Charlie and the Chocolate Factory” and “Harry Potter”, takes over the role from British actress Vanessa Kirby, who portrayed the younger Margaret in the first two seasons of the drama.

It is not the first time Bonham Carter, 52, has played a member of the British royal family. In “The King’s Speech”, she played the late Queen Mother, mother of Elizabeth and Margaret.

A picture of “House of Cards” actor Ben Daniels as photographer Antony Armstrong-Jones, who was married to Margaret from 1960 to 1978, was also released.

A new cast is taking over for seasons three and four, covering the period 1964 to 1976, as the characters age.

The release of the latest photos comes after a first look at Olivia Colman as Queen Elizabeth on Monday. In that picture, the actress, known for television series “Broadchurch” and “The Night Manager”, is seen dressed in a pink jacket and pearl necklace drinking from a tea cup.

“The Crown” kicked off with the 1947 marriage of the young Princess Elizabeth, played by Claire Foy, before she became queen, and Prince Philip, played by Matt Smith. In the new series Tobias Menzies will play Philip.