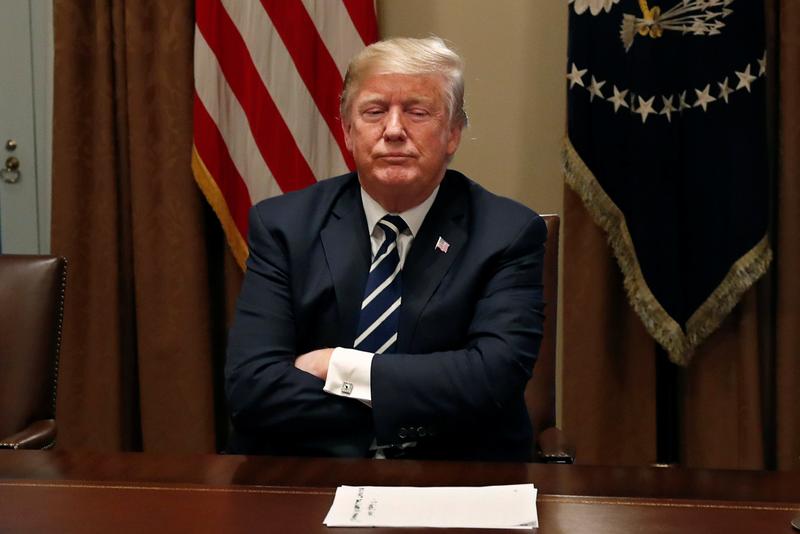 U.S. President Donald Trump waits for reporters to leave the room after speaking about his summit with Russia’s President Putin during a meeting with members of the U.S. Congress at the White House in Washington, July 17, 2018. REUTERS/Leah Millis

– Thank you @RandPaul, you really get it! “The President has gone through a year and a half of totally partisan investigations – what’s he supposed think?” [0859 EDT]

– I had a great meeting with NATO. They have paid $33 Billion more and will pay hundreds of Billions of Dollars more in the future, only because of me. NATO was weak, but now it is strong again (bad for Russia). The media only says I was rude to leaders, never mentions the money! [0953 EDT]

– While I had a great meeting with NATO, raising vast amounts of money, I had an even better meeting with Vladimir Putin of Russia. Sadly, it is not being reported that way – the Fake News is going Crazy! [1022 EDT]

– Thank you @RandPaul. “The President has gone through a year and a half of totally partisan investigations – what’s he supposed to think?” [1033 EDT]

– The economy of the United States is stronger than ever before! [1039 EDT]

– The meeting between President Putin and myself was a great success, except in the Fake News Media! [2021 EDT]