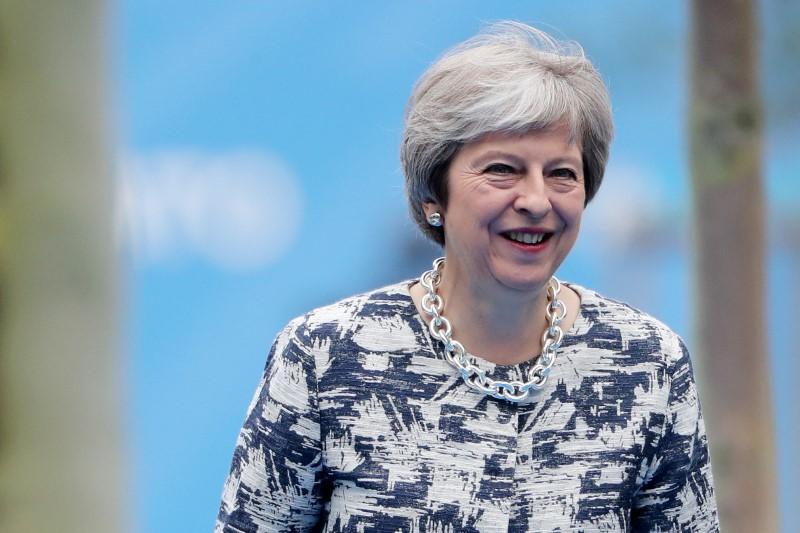 BRUSSELS (Reuters) – If Prime Minister Theresa May can survive and steer her Brexit plan through parliament, the European Union is keen to help her reach a deal that can avoid Britain lurching chaotically out of the bloc, EU officials say.

But turmoil in London — where pro-Brexit ministers have quit in protest at proposals to maintain EU standards and customs terms and Brexit opponents are trying to stop withdrawal altogether — is also pushing the Union to ramp up planning for a failure of talks and Britain crashing out of the EU in March.

EU negotiators have major reservations on May’s Brexit White Paper, notably about how it could avoid disruption on the Irish border or unpicking Europe’s single market — questions chief EU negotiator Michel Barnier will raise with the new Brexit secretary, Dominic Raab, at their first meeting in Brussels on Thursday.

However, EU leaders have avoided going public with criticism of the kind that has met some previous British proposals — a strategy, officials say, that partly reflects recognition that the White Paper offers a somewhat more realistic starting point for talks on trade, and partly a will not to undermine what may be May’s best chance to create some semblance of order in London.

“The White Paper shows a new recognition of the trade-offs between rights and obligations,” one EU official said. “It’s a clear sign that the cake-and-eat-it approach is off,” he added, referring to Brussels’ view of previous British efforts to keep access to EU markets while exiting the Union’s legal structures.

Another involved in the process said the EU did not want to “stir things up” for May while she wrestles opposing wings of her Conservative Party. Brussels is waiting to see if she can impose order and use that as a basis to come closer to EU demands.

In public, Barnier and the European Parliament’s Brexit lead Guy Verhofstadt have said only that they are analysing the White Paper and how far it meets EU demands. Verhofstadt has said he hopes May can forge a “majority for an agreement that works”.

That goodwill in Brussels toward May is something she could capitalise on if she can deliver some kind of stable position in London: “She has unspent political capital here that she can use if she can process things there,” a third EU official said.

There was a will to give May the political optics she might need to present any deal as a success for her leadership.

Negotiators must this autumn agree a treaty on terms for British withdrawal and a plan for future trade relations. Avoiding customs and other disruption on the EU land border with Northern Ireland means that the exit treaty is dependent to an extent on how post-Brexit trade will work.

The treaty needs parliamentary ratification so that it is in place before Britain leaves, willy nilly, on March 29. A 21-month status quo transition period depends on agreeing a treaty — without it business and households face legal uncertainties.

That negotiations are going down to the wire surprises no one. But the turmoil in London is beginning to worry the EU, and diplomats and officials say there is new talk of how more time might be provided to reach a deal — despite major difficulties — and of how to respond if Britain were to change its mind.

The EU executive will brief ministers on Friday from the 27 states that will remain in the EU after Britain leaves on what preparations governments should be making for a “cliff edge” or “no deal” Brexit, several officials said.

“If you look at the turbulence on the UK side, if you take a look at how much we still have to do to bridge gaps and arrive at something that is workable,” one said, “it’s only normal that people tend to think a bit more about preparedness.”