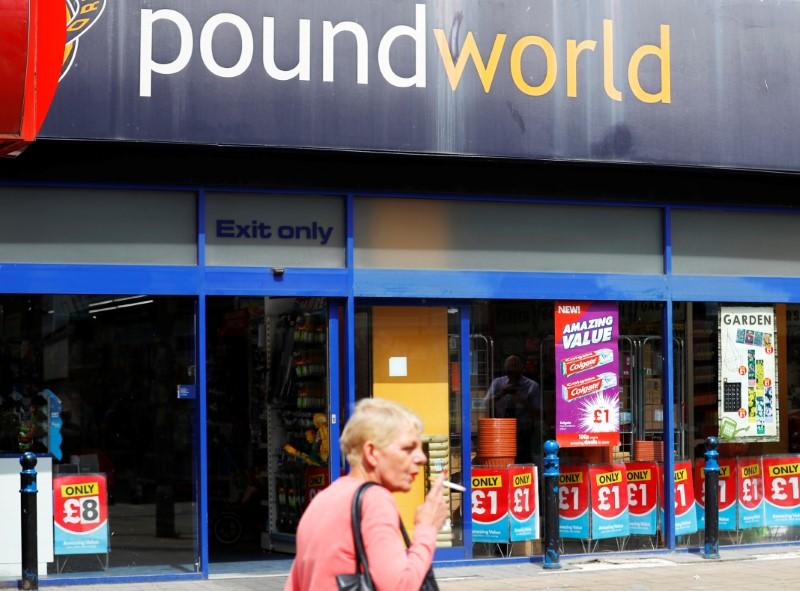 LONDON (Reuters) – All British discount retailer Poundworld’s stores will close by the middle of next month with the loss of thousands of jobs, the company’s administrator Deloitte announced on Thursday.

FILE PHOTO: A woman smokes as she passes a branch of Poundworld in Stockport, near Manchester, Britain June 11, 2018. REUTERS/Phil Noble

Private equity group TPG Capital, Poundworld’s majority owner, put the discount retailer up for sale in May but it has failed to find a buyer.

Deloitte which earlier this month said that 145 stores would close, issued a statement saying all Poundworld’s 335 outlets would close by Aug. 10. The distribution and head offices will also shut on Friday with the loss of 299 jobs, it said.

More than 4,100 people worked in Poundworld stores and when the administrators were appointed, it had a total workforce of about 5,100 people.

“We would like to thank all the employees for their continued support and commitment during this difficult time,” joint administrator Clare Boardman said. “We are keeping staff appraised of developments as they happen.”

Deloitte said talks would continue with interested parties for the potential sale of parts of the remaining business.

Poundworld, based near Wakefield, northern England, is the latest British retailer to be hit by rising costs, cash-strapped consumers and a shift to online shopping. It follows the collapse this year of Toys R Us UK, electricals group Maplin and drinks wholesaler Conviviality.