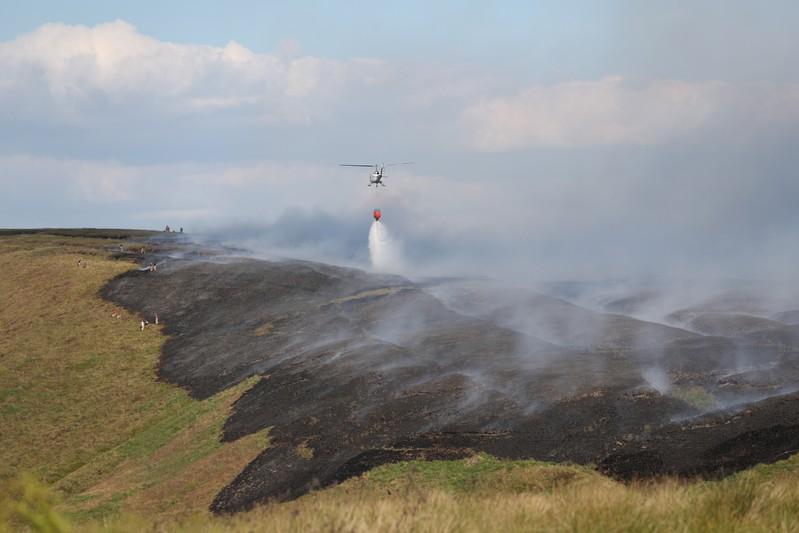 LONDON (Reuters) – A fire on a moorland in northern England, which was declared a major incident and required army assistance to tackle, has been extinguished more than three weeks after it started, the fire brigade said.

A a helicopter drops water on a fire on Saddleworth Moor, near Oldham, Britain July 7, 2018. REUTERS/Jon Super/File Photo

The fire on Saddleworth Moor started during a spell of hot weather in Britain, and is being treated by authorities as arson. Houses were evacuated and schools were closed, but there were no reported casualties.

“The much needed rainfall over the moors has meant that we have now been able to close the incident,” Dawn Docx, interim chief fire officer at the local fire service, said.

“The hot weather is here to stay for the foreseeable future, which means we are still at risk of more wildfires over the summer holidays.”