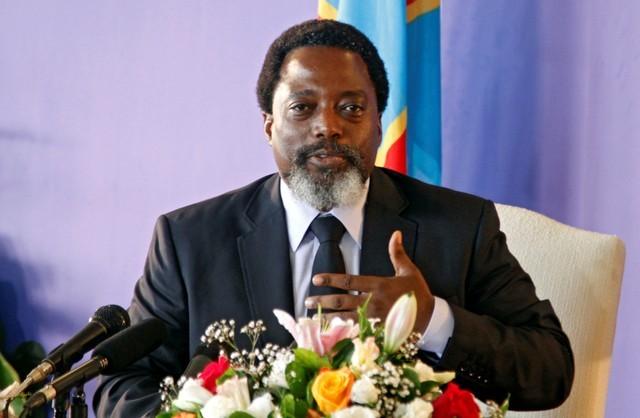 KINSHASA (Reuters) – Democratic Republic of Congo President Joseph Kabila said in a speech on Thursday that a presidential election in December would go ahead as planned but declined to say whether he would defy term limits to stand for re-election.

Kabila is barred by the constitution from seeking a third term in the election but has refused to publicly rule out a run. Some of his allies have in recent weeks advanced a legal argument they say would justify his candidacy.

If Kabila does step down, it would mark Congo’s first democratic transition since independence from Belgium in 1960, after decades marked by authoritarian rule, coups and catastrophic civil wars.

The deadline for candidates to declare they will run is in just under three weeks, but in an address before a joint session of parliament Kabila avoided saying whether he would stand.

“The course toward … the election scheduled for December is therefore maintained,” Kabila said. He said the government would finance the elections itself so as to avoid “blackmail” by foreign powers who have criticized repeated delays to the vote.

Striking a defiant tone, he said Congo was not prepared to take lessons in democracy “from those who assassinated democracy in this country and elsewhere”, a jab at Belgium and other Western countries who backed the overthrow of independence leader Patrice Lumumba by autocrat Mobutu Sese Seko in 1961.

International pressure on Kabila, who succeeded his assassinated father in 2001, to leave office has grown since a November 2016 election was postponed. That sparked violent protests in which security forces have killed dozens of people.

The United States and European Union have sanctioned several close Kabila allies for allegedly overseeing the crackdowns and obstructing the electoral process, moves Kabila denounced in his speech.

In an apparent attempt to nudge Kabila toward the exit, Congo’s parliament on Wednesday passed a law expanding financial privileges for former presidents, including a pension, housing, security, health care and a diplomatic passport.

Former presidents already enjoy considerable legal immunity under the constitution, which designates them senators for life.

In his speech, Kabila also touted his record during 17 years in office, including stabilizing inflation and unifying a country fractured by civil war. His critics, however, say the economy benefits a narrow slice of the population while armed conflict continues to rage across much of the country.