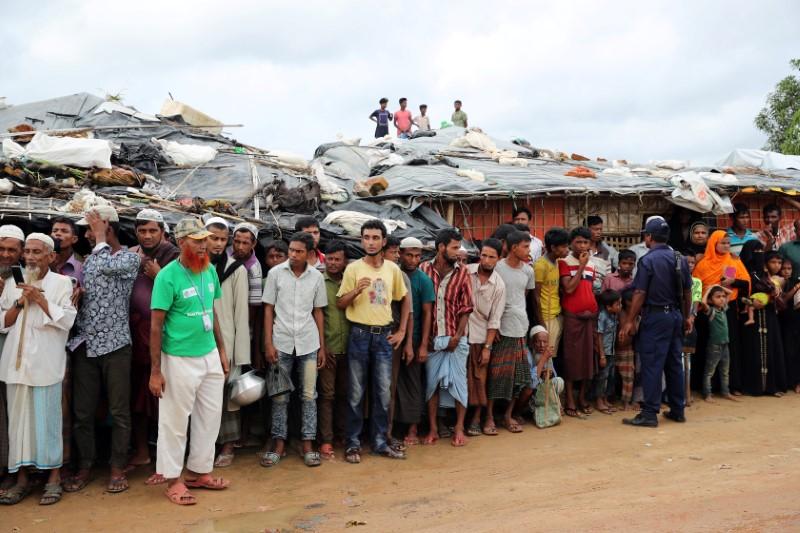 Members of the Independent International Fact-Finding Mission on Myanmar ended a five-day visit to the refugee camp of Kutupalong in Cox’s Bazar where they interviewed new arrivals among the more than 700,000 Rohingya who have fled Rakhine state since an army crackdown last August.

“They referred to the overt threats they faced of violence and persecution, being cut off from their sources of livelihood, and the overall menacing environment that finally compelled them to leave for Bangladesh,” the investigators said in a statement, adding that the arrival of new refugees reflects the “the continuing gravity of the human rights violations in Myanmar.”

There was no immediate reaction from authorities in Myanmar, where it is a holiday. Previously, they have denied widespread abuses.

The United Nations struck an outline deal with Myanmar in May aimed at eventually allowing hundreds of thousands of Rohingya in Bangladesh to return safely and by choice. But the secret agreement, seen by Reuters, offers no explicit guarantees of citizenship or freedom of movement throughout the country.

“The young men I spoke with were particularly anxious, showing signs of deep trauma. Without education and livelihood I fear for their future,” said investigator Radhika Coomaraswamy.

The investigators will report their findings on Sept. 18 to the U.N. Human Rights Council, a 47-member state Geneva forum which launched the inquiry.