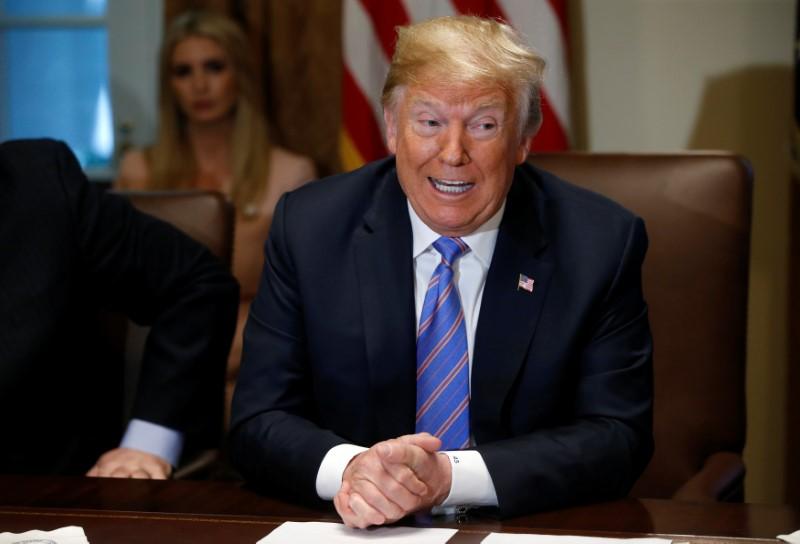 – “Prosperity is returning. Donald Trump is doing exactly what he said he would do as a candidate, now as the most effective president, the most successful president, in modern American history.” Thank you to the great Lou Dobbs! [1210 EDT]

– So many people at the higher ends of intelligence loved my press conference performance in Helsinki. Putin and I discussed many important subjects at our earlier meeting. We got along well which truly bothered many haters who wanted to see a boxing match. Big results will come! [0553 EDT]

– While the NATO meeting in Brussels was an acknowledged triumph, with billions of dollars more being put up by member countries at a faster pace, the meeting with Russia may prove to be, in the long run, an even greater success. Many positive things will come out of that meeting.. [0608 EDT]

– ….Russia has agreed to help with North Korea, where relationships with us are very good and the process is moving along. There is no rush, the sanctions remain! Big benefits and exciting future for North Korea at end of process! [0616 EDT]

– Congratulations to Martha Roby of The Great State of Alabama on her big GOP Primary win for Congress. My endorsement came appropriately late, but when it came the “flood gates” opened and you had the kind of landslide victory that you deserve. Enjoy! [0644 EDT]

– “A lot of Democrats wished they voted for the Tax Cuts because the economy is booming – we could have 4% growth now and the Fed said yesterday that unemployment could drop again.” @foxandfriends @kilmeade [0703 EDT]

– Some people HATE the fact that I got along well with President Putin of Russia. They would rather go to war than see this. It’s called Trump Derangement Syndrome! [0727 EDT]

– 3.4 million jobs created since our great Election Victory – far greater than ever anticipated, and only getting better as new and greatly improved Trade Deals start coming to fruition! [0833 EDT]

– Brian Kemp is running for Governor of the great state of Georgia. The Primary is on Tuesday. Brian is tough on crime, strong on the border and illegal immigration. He loves our Military and our Vets and protects our Second Amendment. I give him my full and total endorsement. [1525 EDT]

– Thank you to Congressman Kevin Yoder! He secured $5 BILLION for Border Security. Now we need Congress to support. Kevin has been strong on Crime, the Border, the 2nd Amendment, and he loves our Military and Vets. @RepKevinYoder has my full and total endorsement! [1729 EDT]

– The two biggest opponents of ICE in America today are the Democratic Party and MS-13! [1730 EDT]