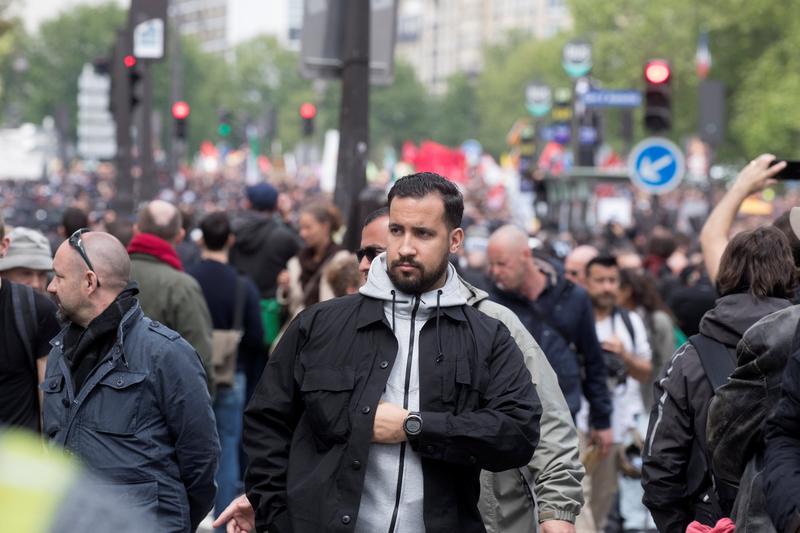 PARIS (Reuters) – French President Emmanuel Macron has decided to fire the bodyguard who was caught on camera hitting a May Day protester after “new facts” emerged about the alleged misdemeanor, the president’s office said on Friday.

The man was also being questioned by police on Thursday over the incident, the prosecutor’s office said separately.

Macron had come under fire after Le Monde newspaper revealed his office had briefly suspended the bodyguard for beating the protester and posing as a police officer almost three months ago, but did not inform law enforcement authorities.

“New facts that could constitute misdemeanor by Alexandre Benalla were brought to the president’s attention,” an official at the presidential palace told Reuters.

“As a result… the presidency has decided to start Alexandre Benalla’s dismissal procedure,” the official added.

In the video, a man wearing a police helmet and identification tag was shown dragging a woman away and then beating a demonstrator on May 1. He was later recognized as a member of the French presidency staff.

The controversy has dominated media coverage in France for the past 24 hours, with opposition leaders criticizing Macron for not firing the aide right away and keeping silent.