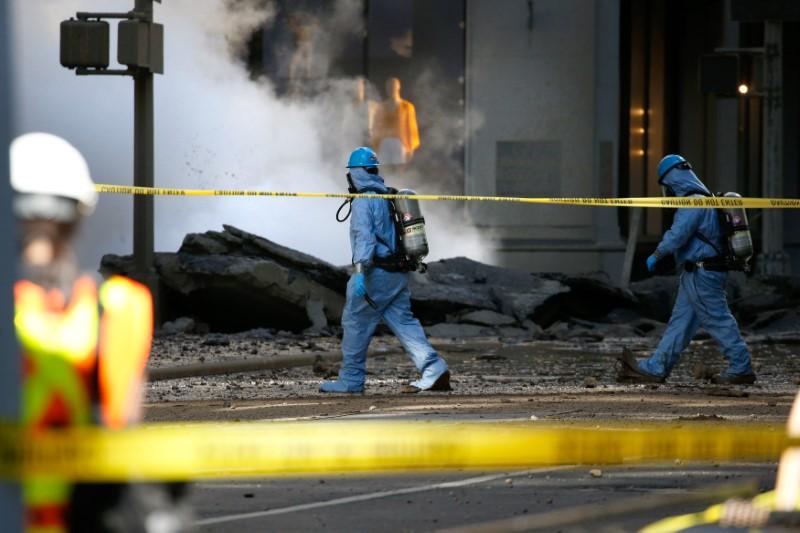 (Reuters) – Under the crowded streets of New York City, a network of pipes, cables and tunnels contains hidden dangers that burst to the surface this week, spraying the Flatiron district with debris containing asbestos, a toxic chemical that can lead to respiratory illnesses, including cancer.

While incidents as large as Thursday’s steam pipe explosion are rare, experts say asbestos is relatively common in major urban centers – and that as New York City’s infrastructure ages, residents may come into contact with it more often.

“Like so much of our infrastructure in New York, the steam infrastructure is getting older and needs to be upgraded,” said Jonathan Bowles, executive director of New York’s Center for an Urban Future, a nonpartisan policy organization.

In 2007, a steam pipe burst in Midtown Manhattan, killing one and leading to millions of dollars in lawsuits, while a 1989 steam pipe explosion killed three people.

Consolidated Edison Inc., which operates New York’s steam infrastructure, said its system is maintained and “operates well most of the time.” It declined to comment on the presence of asbestos around its steam pipes and the danger this may pose.

Thursday’s blast dispersed asbestos into the air and led to the temporary evacuation of 49 buildings.

There are more than 100 miles (161 km) of steam pipes snaking under most of Manhattan, the first of which were installed in 1882. The city uses steam for heating and cooling in many buildings, as well as sterilization in hospitals and clothes pressing in laundromats.

The cause of Thursday’s blast, which injured five people, is being investigated. But researchers at the Center for an Urban Future have previously warned the city that its gas, steam and water infrastructure was old and prone to leakage.

Its use was restricted by the federal government in the 1970s, but it remains in much of New York’s infrastructure because of how difficult it is to remove. That process, known as abatement, would require tearing up miles of streets while avoiding gas and water mains, electrical, internet and phone cables and New York’s underground transportation grid.

“The work necessary to go in and abate all of the steam pipes would be astronomical,” said John-Patrick Curran, a New York environmental attorney.