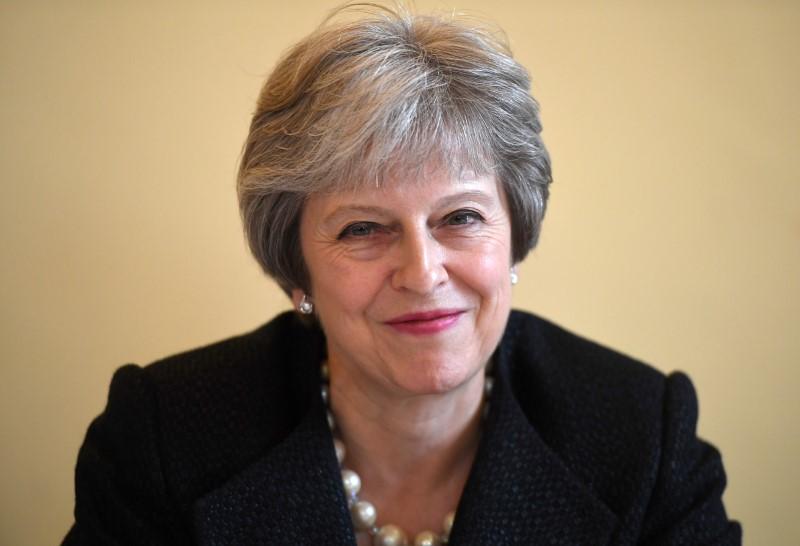 BELLEEK, Northern Ireland, (Reuters) – Prime Minister Theresa May will tell the people of Northern Ireland on Friday that her Brexit plan is the best way to avoid a hard border with Ireland, standing firm against critics in her own party.

Still reeling from the resignation last week of senior cabinet members and with her own political future uncertain, May will also call on the European Union to give some ground in talks on Britain’s departure from the bloc.

May flew to Northern Ireland on Thursday for a two-day visit to see up close the troubled British region’s frontier with EU-member Ireland, which has become one of the biggest stumbling blocks in the negotiations.

After quitting the cabinet, former Foreign Secretary Boris Johnson singled out her treatment of the border as the biggest mistake of her negotiations with the EU for a smooth exit from the bloc next year.

May’s Brexit ‘white paper’, the policy document which prompted Johnson’s resignation, proposes negotiating the closest possible commercial links for goods trade to protect businesses and to fulfil a commitment to avoid having infrastructure on the border.

The 500-kilometre (300 mile) border has been largely invisible since army checkpoints were taken down after a 1998 peace deal ended three decades of violence between the region’s pro-British majority and an Irish nationalist minority. Over 3,600 died.

“The economic and constitutional dislocation of a formal ‘third country’ customs border within our own country is something I will never accept and I believe no British Prime Minister could ever accept,” May is to tell a crowd at Belfast’s Waterfront Hall on Friday, according to the extracts of the speech provided by her office.

Instead, she will say that she believes the close regulatory alignment on goods trade as described in her white paper, will meet her commitment to prevent the “inconceivable” eventuality of a hard border.

It is “now for the EU to respond. Not simply to fall back onto previous positions which have already been proven unworkable. But to evolve their position in kind,” she will say, according to the text.”

Politicians have warned that the re-imposition of physical infrastructure on the border when it becomes the EU’s external frontier would anger Irish nationalists in Northern Ireland who aspire to unification with the Republic of Ireland and help militants opposed to the peace deal to recruit new members.

Johnson on Wednesday told parliament that May had unnecessarily let the “readily soluble” border issue “become so politically charged as to dominate the debate” pushing May towards a close alignment with the EU he described as a “miserable, permanent limbo”.

“The process of withdrawal will be complex, and it will require hard work, serious work, and detailed work,” May will say in Belfast.

“The Government has done that work. The White Paper is our plan for the future.”

The first stop in May’s visit was the border village of Belleek in Fermanagh, the home county of pro-British Democratic Unionist Party leader Arlene Foster, whose party provides 10 votes in Britain’s lower house of parliament that May needs to govern.

She arrived in Belleek by helicopter before touring a pottery factory with Foster.

“This visit will enable Mrs May to speak with people who live, work and travel across the much talked about Irish border on a daily basis,” Foster said in an earlier statement.

On Friday May will meet the leadership of the largest Irish nationalist party, Sinn Fein.