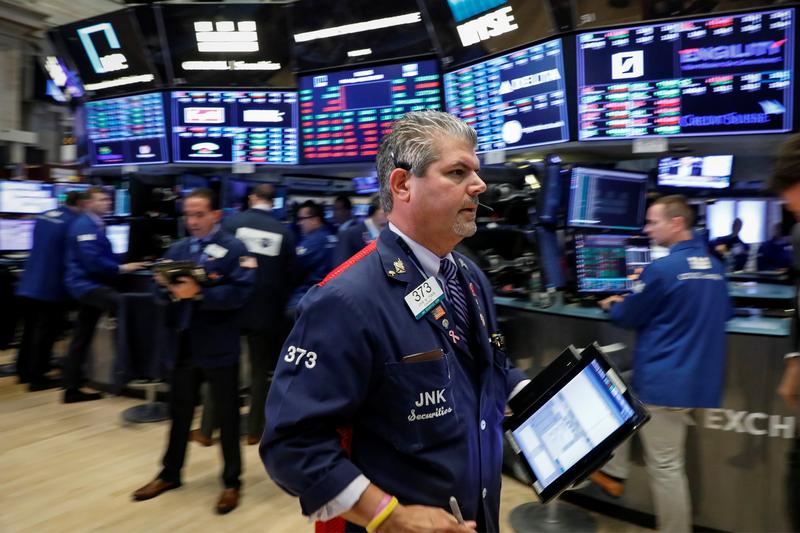 Shares of Microsoft Corp (MSFT.O) hit a record high and were up 2.0 percent after second-quarter results beat analyst estimates. The company joins Apple Inc (AAPL.O) and Amazon.com (AMZN.O) in the race to be the first company worth $1 trillion.

Trump said he was ready to impose tariffs on $500 billion of Chinese imports, the latest in a series of protectionist moves that have sparked retaliation from U.S. trading partners around the world.

Long-dated U.S. government bond yields rose on worries that the president’s comments would encourage Fed Chairman Jerome Powell to slow the pace of rate hikes by the U.S. central bank, which could increase inflationary pressure.

“A president commenting on the Fed is unconventional,” said David Carter, chief investment officer at Lenox Wealth Advisors in New York. “While some unconventionality can be good, too much can create a big mess. And we could be coming into this phase, given comments on Putin, tariffs and the Fed.”

As the second-quarter reporting season gains momentum, analyst estimates have grown more optimistic. Earnings for S&P 500 companies are now seen to have grown 22.0 percent in the quarter compared with the 20.7 percent increase forecast as of July 1.

So far, 87 companies of the S&P 500 have posted results, of which 83.9 percent have beat consensus estimates.

Schlumberger Inc (SLB.N) posted a 43 percent jump in North America operations and said it expects to benefit from a recovery in international oil markets. Even so, the oilfield services company’s shares were down 0.6 percent.

Declining issues outnumbered advancing ones on the NYSE by a 1.09-to-1 ratio; on Nasdaq, a 1.16-to-1 ratio favored advancers.