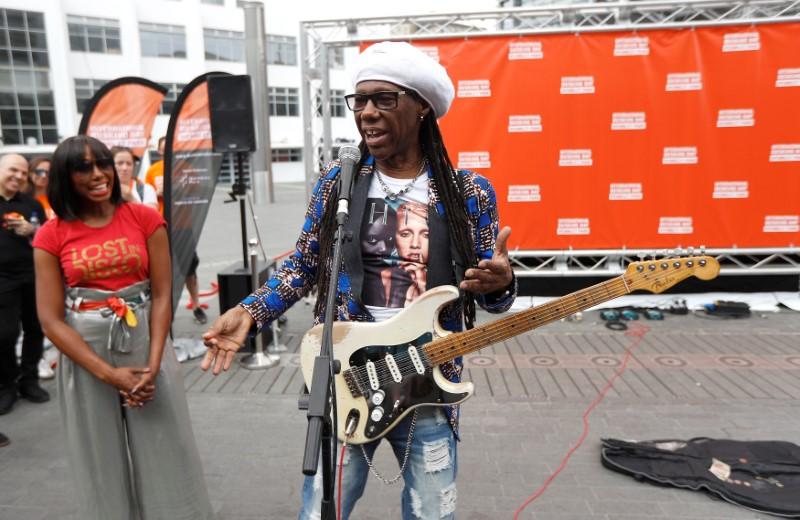 LONDON (Reuters) – Nile Rodgers, the guitarist and founding member of disco band Chic, got back to his busking roots in London on Saturday, delighting fans with stripped-down versions of some of his best-known songs.

Wearing a white beret, Rodgers, 65, said playing on the streets of New York was how his career had started, and he performed Chic tunes “Good Times” and “Le Freak”, as well as a cover of Madonna’s “Like A Virgin” with singer Folami.

Rodgers was appearing at an event to mark International Busking Day in Wembley, northwest London.

The event will also feature singer-songwriter Newton Faulkner, as well as a range of smaller acts. A group of performers joined Rodgers to sing “Get Lucky”, the 2013 hit that he co-wrote with Pharrell Williams and French electronic music duo Daft Punk.