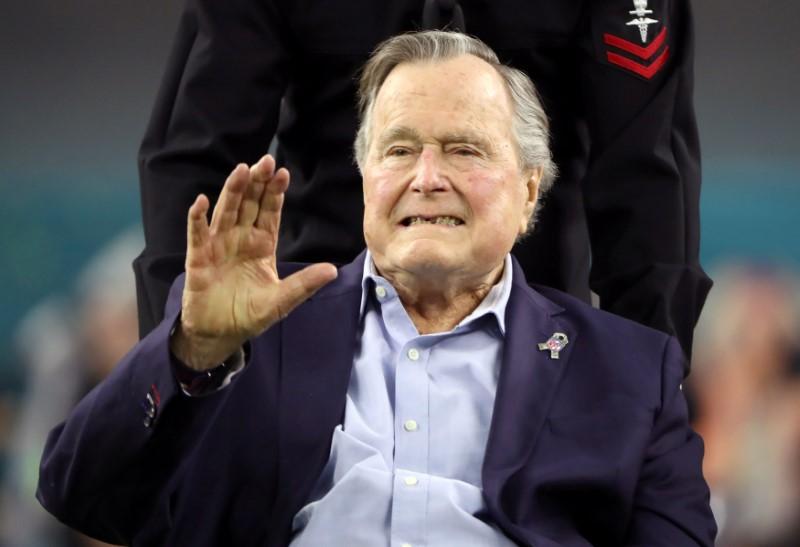 AUSTIN, Texas (Reuters) – Houston police are studying surveillance video and following up on tips in the killing of a cardiologist who once treated former U.S. President George H.W. Bush and was fatally shot while riding a bicycle in the city’s medical center, authorities said on Saturday.

Mark Hausknecht, 65, was killed on Friday morning by a man thought to be in his 30s who fired at least two shots at him from a passing bicycle as the doctor rode to work at the center, which is home to several hospitals and medical offices, police said.

The suspect then rode off, according to police, who have yet to give a motive for the daylight shooting in a busy city area.

“Mark was a fantastic cardiologist and a good man. I will always be grateful for his exceptional, compassionate care. His family is in our prayers,” Bush, 94, said in a statement on Friday.

Hausknecht had worked in Houston for about three decades and often cycled to work, local media reported. He once treated the former president for an irregular heartbeat.

The doctor’s widow, emergency physician Georgia Hsieh, called his killing senseless, according to a statement published on Saturday by the Houston Chronicle.

“Now my family and I have unwittingly joined the ranks of thousands of other grieving American families who have lost innocent loved ones,” Hsieh’s statement said.

FILE PHOTO: Former U.S. President George H.W. Bush arrives on the field to do the coin toss ahead of the start of Super Bowl LI between the New England Patriots and the Atlanta Falcons in Houston, Texas, U.S., February 5, 2017. REUTERS/Adrees Latif/File Photo