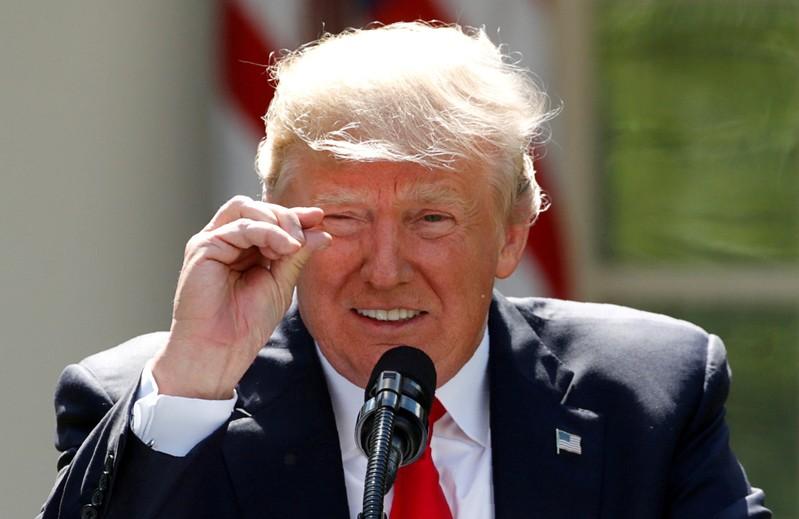 (Reuters) – A federal appeals court in San Francisco on Friday rejected the Trump administration’s renewed bid to dismiss a lawsuit by young activists who say the U.S. government is ignoring the perils of climate change.

FILE PHOTO: U.S. President Donald Trump refers to amounts of temperature change as he announces his decision that the United States will withdraw from the landmark Paris Climate Agreement, at the White House in Washington, U.S., June 1, 2017. REUTERS/Kevin Lamarque/File Photo

By a 3-0 vote, the 9th U.S. Circuit Court of Appeals said the government fell short of the “high bar” needed to dismiss the Oregon case, originally brought in 2015 against the administration of President Barack Obama.

Twenty-one children and young adults, ages 11 to 22, accused federal officials and oil industry executives of violating their due process rights by knowing for decades that carbon pollution poisons the environment, but doing nothing about it.

The government contended that letting the case proceed would be too burdensome, unconstitutionally pit the courts against the executive branch, and require improper “agency decision-making” by forcing officials to answer questions about climate change.

But the appeals court said the issues raised “are better addressed through the ordinary course of litigation.”

A trial is scheduled for Oct. 29 in the federal court in Eugene, Oregon.

President Donald Trump’s administration also has asked the U.S. Supreme Court to dismiss the lawsuit or put it on hold, and is awaiting a ruling. Its earlier bid to end the lawsuit failed in March.

A spokesman for the U.S. Department of Justice declined to comment.

Julia Olson, one of their lawyers, said in a phone interview, “The 9th Circuit sees that this case needs to go to trial with a full factual record on the young plaintiffs’ harms, their constitutional rights and climate science.”