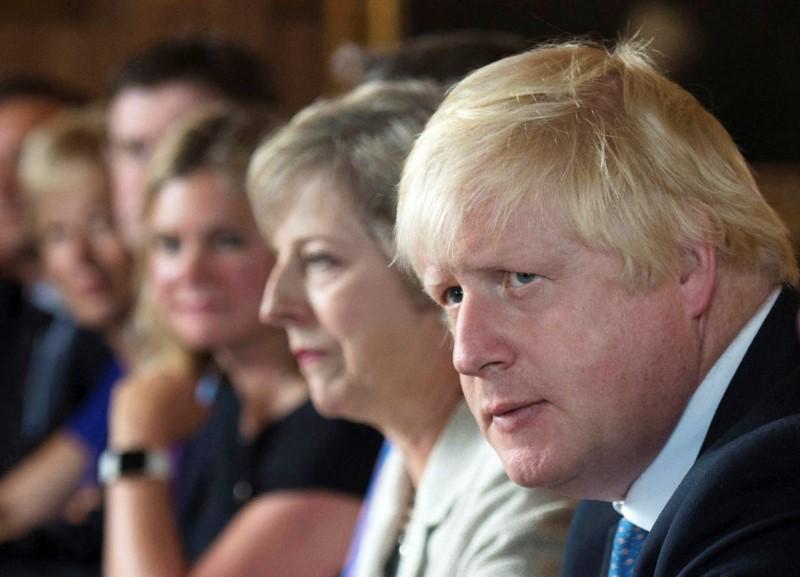 LONDON (Reuters) – Prime Minister Theresa May’s plans to leave the European Union are overwhelmingly opposed by the British public and more than a third of voters would support a new right-wing political party committed to quitting the bloc, according to a new poll.

May’s political vulnerability was exposed by the survey which found voters would prefer Boris Johnson, who quit as her foreign minister two weeks ago, to negotiate with the EU and lead the Conservative Party into the next election.

Only 16 percent of voters say May is handling the Brexit negotiations well, compared with 34 percent who say that Johnson would do a better job, according to the poll conducted by YouGov for The Sunday Times newspaper.

With a little more than eight months to go before Britain is due to leave the EU on March 29, 2019, May’s government, parliament, the public and businesses remain deeply divided over what form Brexit should take.

May’s plans to keep a close trading relationship with the EU on goods thrust her government into crisis this month and there is speculation she could face a leadership challenge after two of her most senior ministers, including Johnson, resigned in protest.

Only one in 10 voters would pick the government’s proposed Brexit plans if there were a second referendum, according to the poll. Almost half think it would be bad for Britain.

The new Brexit minister Dominic Raab said on Sunday the prime minister was still trying to persuade members of the cabinet that her strategy was the best way forward.

Raab also warned that Britain could refuse to pay a 39 billion pound ($51 billion) divorce bill to the EU if it does not get a trade deal – a threat used before by ministers.

Speaking to the BBC, Raab refused to deny reports the government is planning to stockpile food or use a section of motorway in England as a lorry park to deal with increased border checks if Britain leaves the EU without a deal.

Asked about a story in The Sun newspaper that the government was planning to stockpile processed food, Raab initially replied “no” and then added: “That kind of selective snippet that makes it into the media, to the extent that the public pay attention to it, I think is unhelpful.”

The possibility of leaving without a trade deal has increased with May facing rebellions from different factions in her party. She only narrowly won a series of votes on Brexit in parliament last week.

Thirty-eight percent of people would vote for a new right-wing party that is committed to Brexit, while almost a quarter would support an explicitly far-right anti-immigrant, anti-Islam party, the poll found.

Half of voters would support remaining in the EU if there were a second referendum, the poll found, a level of support found in other surveys this year.

YouGov spoke to 1,668 adults in Britain on July 19 and 20, according to The Sunday Times, which did not provide other details about how the poll was conducted.