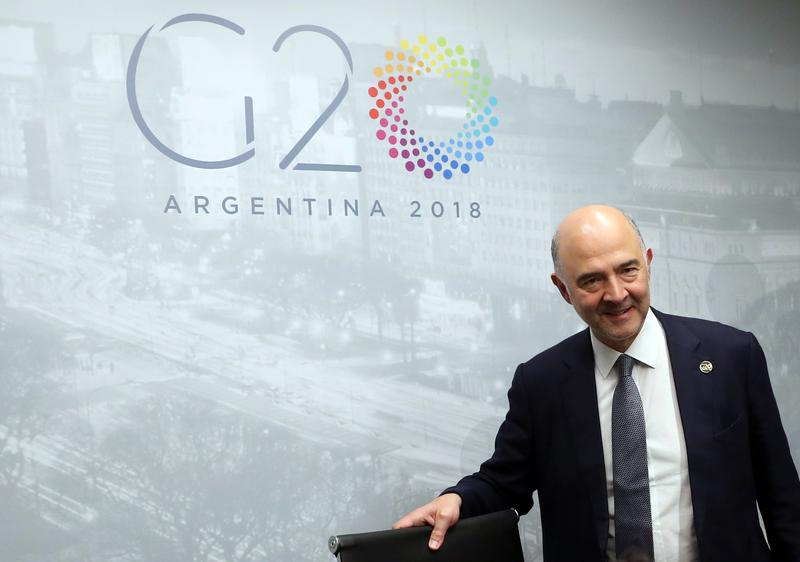 SAO PAULO (Reuters) – European Commissioner for Economic and Financial Affairs Pierre Moscovici said on Sunday that differences of position on trade tensions remained after talks among G20 finance ministers in Argentina but the meeting was not tense.

Moscovici said that global trade tensions were high and threatened to escalate further, placing the multilateral system under significant pressure. He said, however, that the economic impact had been limited so far.

“The meeting has not been tense and we were in mutual listening mode and I hope that this is the beginning of something,” Moscovici said. “But still the positions are not similar.”