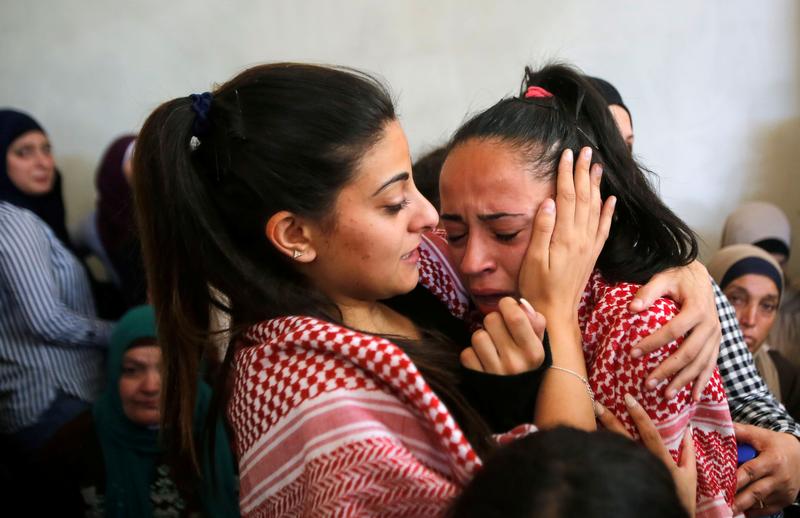 JERUSALEM (Reuters) – Israeli soldiers killed a Palestinian teenager during a raid in the occupied West Bank on Monday, the Palestinian health ministry said.

A relative of Palestinian teenager Arkan Mezeher, who was killed by Israeli soldiers during a raid, mourns during his funeral in Dheishe refugee camp, near Bethlehem, in the occupied West Bank, July 23, 2018. REUTERS/Mussa Qawasma

The Israeli military said its forces responded with live fire in Dheishe refugee camp, near Bethlehem, after Palestinians attacked them with rocks, fire-bombs and grenades. The military statement made no mention of any casualties among the troops.

The Palestinian health minister said the dead youth was 15 years old and suffered a chest wound. The Israeli military said that during the raid it detained two Palestinians suspected of attacks and uncovered a weapons manufacturing warehouse.