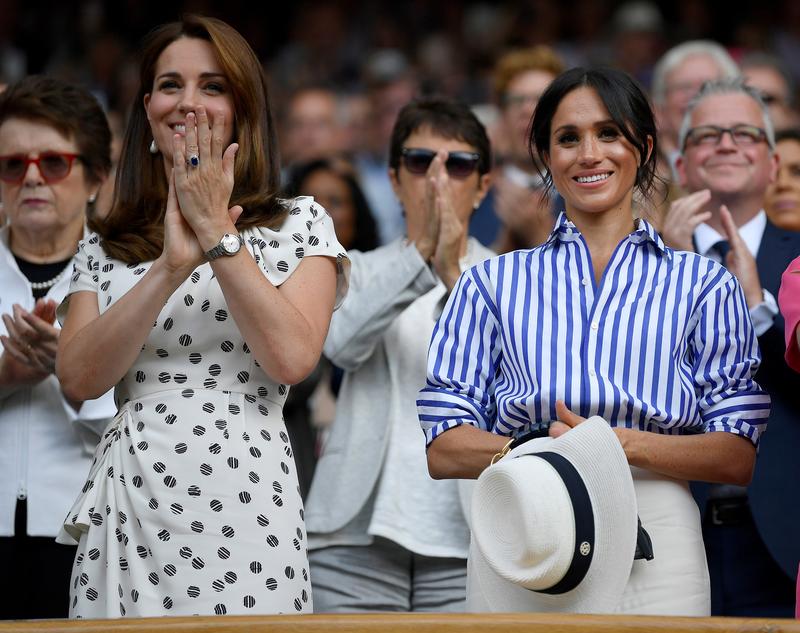 LONDON (Reuters) – The half-sister of Meghan Markle, who married Britain’s Prince Harry in May, hinted on Monday she might go on the British celebrity version of the Big Brother reality show.

FILE PHOTO: Britain’s Catherine, the Duchess of Cambridge, and Meghan, the Duchess of Sussex, applaud after Germany’s Angelique Kerber won the women’s singles final against Serena Williams of the U.S. at Wimbledon in London, Britain, July 14, 2018. REUTERS/Toby Melville/File Photo

When asked on ITV’s “Good Morning Britain” show whether it was true she was going on the reality show, Samantha Markle said: “I’ve worked in media most of my life, why would I not? Why would I stop living because I have a family issue going on?”

Asked again about whether she would appear on the show, she said: “Urm… well, I would tell you, but then I would have to kill you, so… I don’t want to find myself in locks and stocks quite frankly. It wouldn’t be becoming.”

Meghan’s half sister also made a public plea for the new British royal to reunite with her father, Thomas Markle, who missed Meghan’s wedding and made a series of contradictory public statements about whether he would attend.

“I think it’s really important for both of them that they reunite, for everyone, for our family, for the world,” she said.

“He’s very worried about her given the distance and the inability to have live communication, so he just needs to know that she’s well, she’s happy, she’s OK and to touch bases, so I hope they get to do that soon,” she told ITV’s Good Morning Britain show.

Celebrity Big Brother, which is shown on Britain’s Channel 5, is expected to be televised in August.

Meghan and Harry, sixth in line to the British throne, are known as The Duke and Duchess of Sussex. Their official residence is at Kensington Palace.