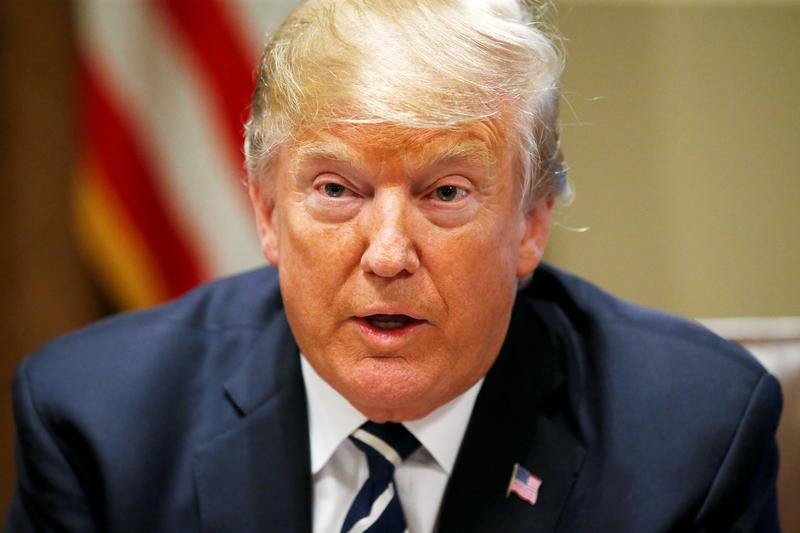 WASHINGTON/ANKARA (Reuters) – U.S. President Donald Trump told Iran it risked dire consequences “the like of which few throughout history have suffered before” if the Islamic Republic made more threats against the United States.

His words, spelled out in capital letters in a late night Twitter message, came hours after Iranian President Hassan Rouhani told Trump that hostile policies toward Tehran could lead to “the mother of all wars.”

Despite the heightened rhetoric, both sides have reasons to want to avoid starting a conflict that could easily escalate.

Trump’s comments come in the context of a barrage of speeches and online communications meant to foment unrest and pressure Iran to end its nuclear program and support of militant groups, according to U.S. officials.

Iran has faced increased U.S. pressure and possible sanctions since Trump’s decision in May to withdraw the United States from world powers’ 2015 agreement with Iran over its disputed nuclear program.

In his message directed at Rouhani, Trump wrote: “Never, ever threaten the United States again or you will suffer consequences the likes of which few throughout history have ever suffered before. We are no longer a country that will stand for your demented words of violence & death. Be cautious!”

Earlier on Sunday, Rouhani had told a gathering of Iranian diplomats: “Mr Trump, don’t play with the lion’s tail, this would only lead to regret.”

“We will never abandon our revolutionary beliefs…We will resist pressure from enemies…America wants nothing less than (to) destroy Iran…(but) Trump cannot do a damn thing against Iran,” Brigadier General Gholamhossein Gheybparvar said.

Trump’s tweet resembled ones he issued last year to warn North Korea over its nuclear weapons program. But in June, Trump met North Korean leader Kim Jong Un in the first U.S.-North Korean summit. After the meeting both sides declared a new friendship and made vague pledges of nuclear disarmament.

Although Rouhani left open the possibility of peace between Tehran and Washington, Iran’s most powerful authority Supreme Leader Ayatollah Ali Khamenei on Saturday ruled out negotiations with the United States as an “obvious mistake”.

White House national security adviser John Bolton, who has in the past called for air strikes on Iran’s nuclear facilities, said: “President Trump told me that if Iran does anything at all to the negative, they will pay a price like few countries have ever paid before,” according to a White House statement.

Trump’s threat to Iran came hours after a speech by U.S. Secretary of State Mike Pompeo who denounced Iran’s clerical leadership as a “mafia” and promised unspecified backing for Iranians unhappy with their government.

“Such policies will unite Iranians who will overcome plots against their country,” Iranian Foreign Ministry spokesman Bahram Qasemi said.

At the same time, Germany said threats of war were “never helpful”.

Many Iranians are largely skeptical of the Trump administration’s support for Iranian citizens because of the harsh U.S. sanctions on the country and a visa ban imposed on Iranians barring them from entering the United States.

There is limited appetite in Washington for a conflict with Iran, not least because of the difficulties the U.S. military faced in Iraq after its 2003 invasion but also because of the impact on the global economy if conflict raised oil prices.

Many ordinary Iranians are worried that the war of words might lead to a military confrontation but insiders in Tehran told Reuters they believed the Trump administration would not drag the United States into another quagmire in the Middle East.

With popular discontent over Iran’s faltering economy and sliding currency, and the prospect of tough new U.S. sanctions, Iran’s leaders have called for unity.

The Iranian rial plunged to a record low against the U.S. dollar on the unofficial market on Monday amid fears of military confrontation between Iran and the United States. The dollar was being offered for as much as 92,000 rials, compared to around 75,000 last week.

While Washington prepares to reimpose economic sanctions on Tehran after pulling out of the nuclear deal, Iran’s faction-ridden religious and political elites have closed ranks against Trump’s hawkish approach to Tehran.

However, growing strains with the United States will eventually boost Rouhani’s anti-Western hardline rivals who fear losing power if the nuclear accord, championed by Rouhani, ended the country’s political and economic isolation.

Rouhani also scoffed at Trump’s threat to halt Iranian oil exports and said Iran has a dominant position in the Gulf and the Strait of Hormuz, a major oil shipping waterway. Washington later eased its stance, saying it might grant sanction waivers to some allies.

In reaction to Iran’s threats, the U.S. military has renewed its vow to secure free flow of oil from the Strait. However, at least as of last week, the Pentagon said those Iranian threats had not led the U.S. military to reposition or add to forces in the Middle East.

FILE PHOTO: U.S. President Donald Trump speaks about his summit meeting with Russian President Vladimir Putin as he begins a meeting with members of the U.S. Congress at the White House in Washington, July 17, 2018. REUTERS/Leah Millis/File Photo

“We haven’t adjusted our force posture in response to any of those statements. And I don’t think that’s warranted. I wouldn’t recommend that,” John Rood, under secretary of defense for policy, told a security forum in Colorado on Friday.