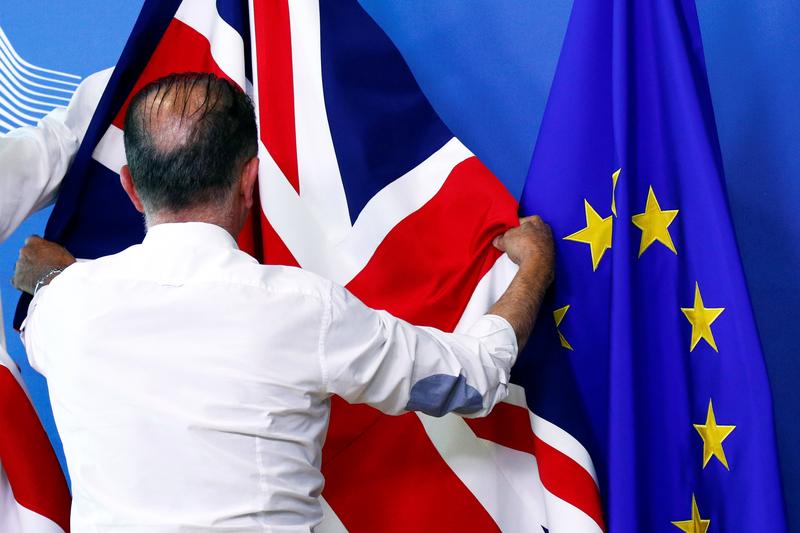 LONDON (Reuters) – Britain’s government will publish proposals on Tuesday setting out more details of how it plans to leave the European Union, a junior Brexit minister said on Monday.

An official adjusts a Union Jack flag next to the European Union flag, ahead of a meeting between Britain’s Secretary of State for Exiting the European Union, Dominic Raab, and European Union’s chief Brexit negotiator, Michel Barnier, at the EU Commission headquarters in Brussels, Belgium July 19, 2018. REUTERS/Francois Lenoir

“We are continuing to prepare the legislation needed to implement the withdrawal agreement in UK law and we will publish a white paper tomorrow setting out more details on this,” Martin Callanan told the upper house of Britain’s parliament.

Earlier this month, Prime Minister Theresa May revealed her latest plans for Britain’s relationship with the EU after its scheduled departure in March next year.