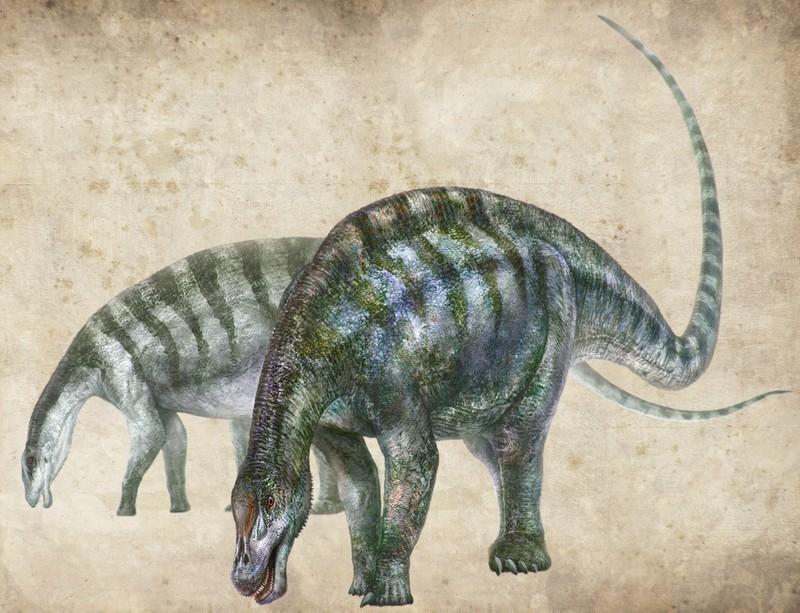 WASHINGTON (Reuters) – Fossils unearthed on a hillside in northwestern China are forcing scientists to rethink the history of a dinosaur lineage that produced the largest animals ever to walk the planet.

Scientists on Tuesday announced the discovery of Lingwulong shenqi, an early member of the well-known group of plant-eating dinosaurs called sauropods with long necks, long tails, small heads and pillar-like legs. Lingwulong lived 174 million years ago during the Jurassic Period.

Its name means “amazing dragon from Lingwu,” the closest city to the site where a farmer spotted the fossils while herding sheep.

One of the four quarries producing fossils of Lingwulong, a newly discovered dinosaur unearthed in northwestern China is seen in this image provided July 24, 2018. Xu Xing/Handout via REUTERS

The scientists excavated bones from at least eight to 10 Lingwulong individuals, the largest of which was about 57 feet (17.5 meters) long, said paleontologist Xing Xu of the Chinese Academy of Sciences, who led the study published in the journal Nature Communications.

Lingwulong represents the earliest-known advanced member of the sauropod lineage, as defined by anatomical traits that distinguish them from primitive sauropods that first appeared tens of millions of years earlier.

The discovery pushes back by 15 million years the appearance of advanced sauropods, a lineage that later would include Jurassic giants like Diplodocus and Brontosaurus as well as Cretaceous Period behemoths like Argentinosaurus, Dreadnoughtus and Patagotitan that were the largest land animals on record.

“Previously, we thought all of these advanced sauropods originated around 160 million years ago and rapidly diversified and spread across the planet in a time window perhaps as short as 5 million years,” said University College London paleontologist Paul Upchurch, a study co-author.

“However, the discovery of Lingwulong means that this hypothesis is incorrect and we now have to work with the idea that, actually, this group and its major constituent lineages originated somewhat earlier and more gradually,” Upchurch said.

Lingwulong lived in a warm and wet environment with lush vegetation including conifers, ferns and other plants. Its neck was not as long as some other sauropods, and it may have grazed on low, soft plants with its peg-like teeth. Because so many individuals were found together, the researchers suspect Lingwulong, like other sauropods, lived in herds.

Lingwulong belonged to a sauropod subgroup that previously was thought to have been absent from East Asia because it evolved after that land mass split from the rest of Pangaea, an ancient supercontinent.

“Our discoveries indicate that eastern Asia was still connected to other continents at the time,” Xu said.

Reporting by Will Dunham; Editing by Bill Trott