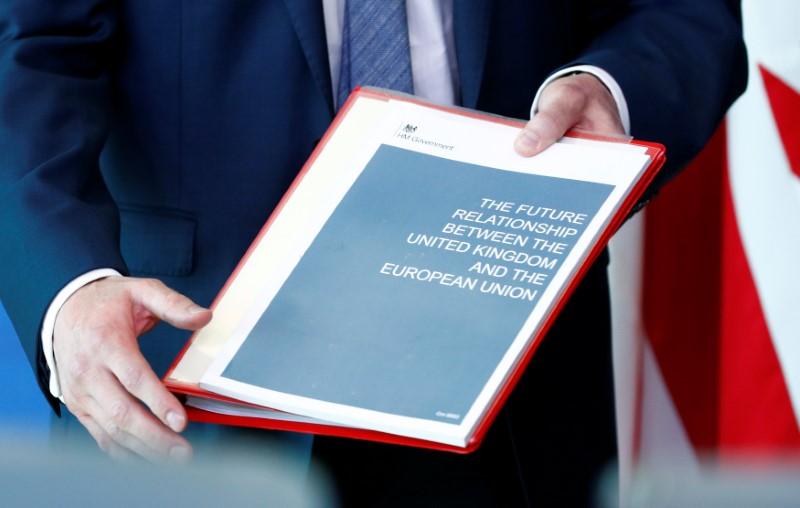 BERLIN (Reuters) – German Foreign Minister Heiko Maas said in a media interview published on Wednesday that the British government needs to get moving in Brexit negotiations, including on the Northern Ireland border issue.

On Tuesday Brexit minister Dominic Raab said Britain had put forward a “real offer” to a win a deal on leaving the European Union by October, suggesting the government would not shift much from its agreed negotiating stance.

But Maas told the Funke group of newspapers: “In order for the departure to be carried out in as orderly a way as possible, the British government will need to move.”

“On the one hand on the issue of the border between Northern Ireland and EU member the Irish Republic and secondly on the undivided internal market, where Britain cannot cherrypick,” he added.

The status of the border between Northern Ireland and the Irish Republic is one of the main stumbling blocks in the Brexit negotiations.

British Prime Minister in December agreed in principle to a binding “backstop” to ensure a soft border irrespective of future EU-UK ties, but later balked at an EU proposal to achieve this by treating Northern Ireland as a separate customs area to the rest of the United Kingdom.

Maas said the time pressure was strong, adding: “But we won’t let ourselves be put under pressure. We won’t enter any deals that would be to the detriment of Europe.”