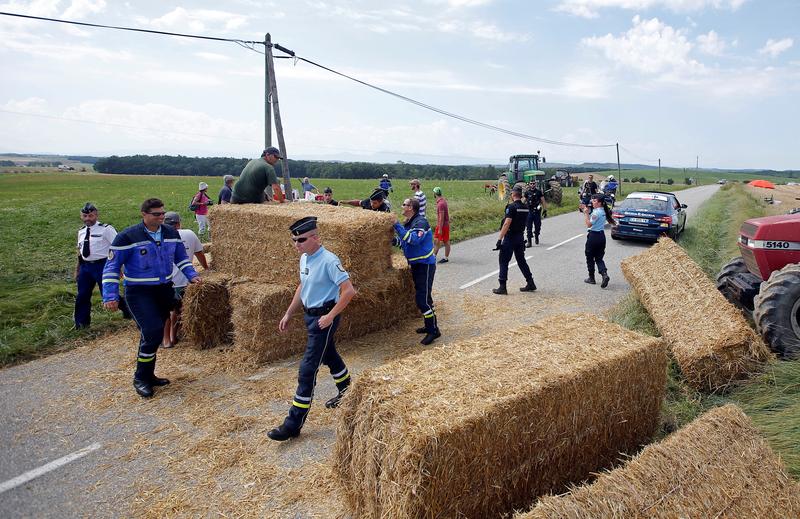 (Reuters) – A protest by local farmers brought stage 16 of the Tour de France to a halt on Tuesday as French and British media said bales of hay were thrown on to the road on the route from Carcassonne to Bagneres-de-Luchon.

Cycling teams and French media said police used tear gas to disperse the protesters but it ended up blowing in the face of the riders, which led to the race being stopped at the 187 km-to-go point.

The race continued after the brief hiatus.