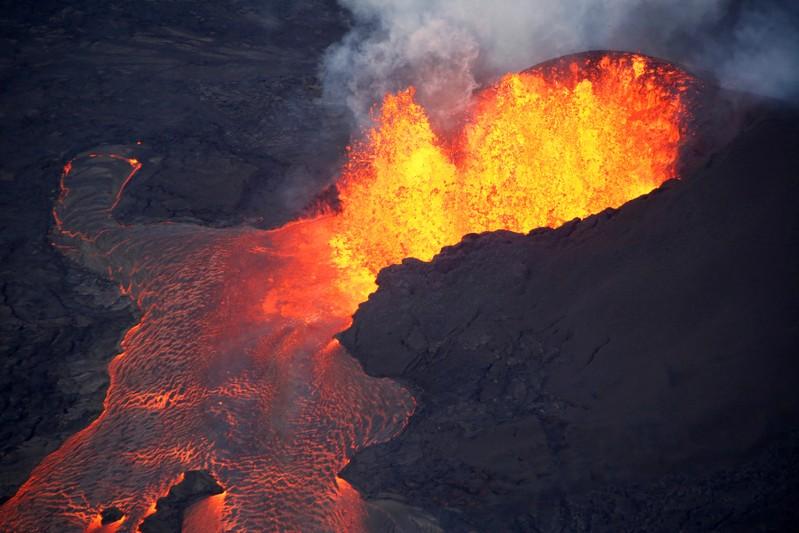 (Reuters) – The eruption of Hawaii’s Kilauea volcano could last for months or years and threaten new communities on the Big Island, according to a report by U.S. government geologists.

A main risk is a possible change in the direction of a lava flow that would destroy more residential areas after at least 712 homes were torched and thousands of residents forced to evacuate since Kilauea began erupting on May 3, the report by the Hawaiian Volcano Observatory said.

A higher volume of molten rock is flowing underground from Kilauea’s summit lava reservoir than in previous eruptions, with supply to a single giant crack — fissure 8 — showing no sign of waning, according to the study published last week.

“If the ongoing eruption maintains its current style of activity at a high eruption rate, then it may take months to a year or two to wind down,” said the report designed to help authorities on the Big Island deal with potential risks from the volcano.

The current eruption could become the longest in the volcano’s recorded history, it added.

Geologists believe previous eruptions may have stopped as underground lava pressure dropped due to multiple fissures opening up in this Lower East Rift Zone, the report said.

The current eruption has coalesced around a single fissure, allowing lava pressure to remain high.

“The main hazard from the source cone and the channel system is a failure of the cone or channel walls, or blockage of the channel where it divides in narrower braids. Either could divert most, if not all, of the lava to a new course depending on where the breach occurs,” the report said.

The report said it only considered risks from a change in lava flow direction to communities to the north of the channel as residents there have not been evacuated, whereas residents to the south have already left their homes.