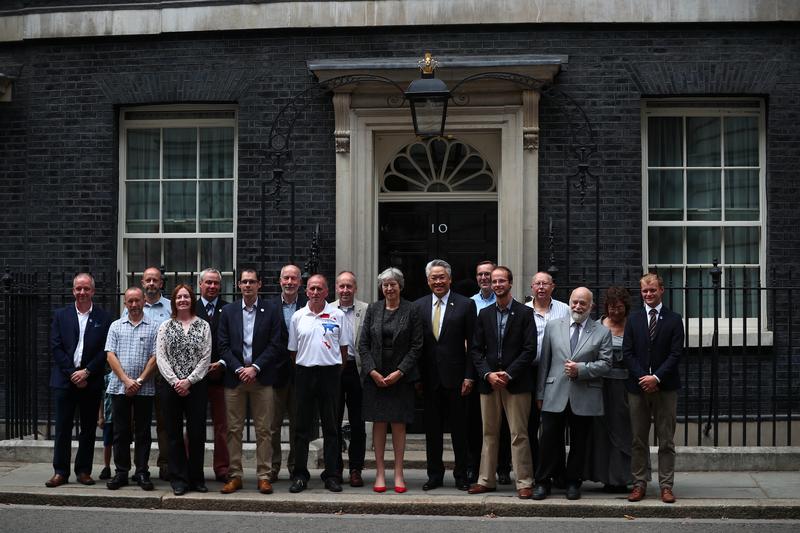 LONDON (Reuters) – Prime Minister Theresa May hosted a reception on Tuesday for the British divers who were involved in the rescue of 12 schoolboys from a flooded cave in Thailand earlier this month.

Britain’s Prime Minister, Theresa May poses for a photograph with Thailand’s Ambassador to the United Kingdom, Pisanu Suvanajata, and the British cave divers and their support team who helped rescue boys from a flooded cave in Thailand, in front of 10 Downing Street, London, Britain July 24, 2018. REUTERS/Hannah McKay

All the boys and their 25-year-old football coach were brought to safety over the course of a three-day rescue organised by Thai navy SEALs and an international team of diving and caving experts.

The boys and their coach had gone into the Tham Luang cave in the northern province of Chiang Rai on June 23, for a quick excursion after football practise, when a rainy season downpour flooded the tunnels.

Thai Ambassador Pisanu Suvanajata was among the guests at the prime minister’s official residence at Number 10 Downing Street on Tuesday afternoon, posing for a photograph with May and the divers in front of the famous black door.