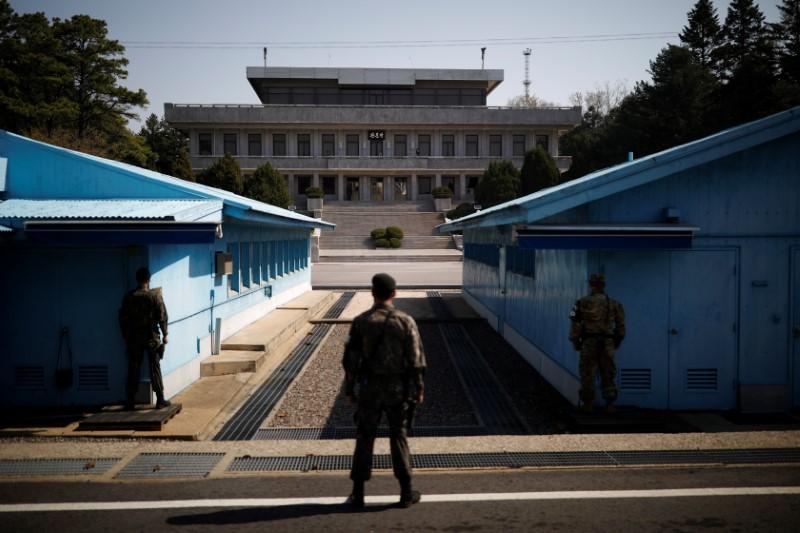 SEOUL (Reuters) – South Korea’s defense ministry said on Tuesday it plans to reduce guard posts and equipment along the demilitarized zone on its border with North Korea, the Yonhap news agency reported.

The ministry said in a report to a parliamentary committee it plans to reduce some guard post troops and equipment as a preliminary test, and would then consider expanding the reduction, in order to realize an agreement to “transform the demilitarized zone into a peace zone” made at an inter-Korean summit in April, Yonhap said.

The defense ministry did not have any immediate comment about the report.