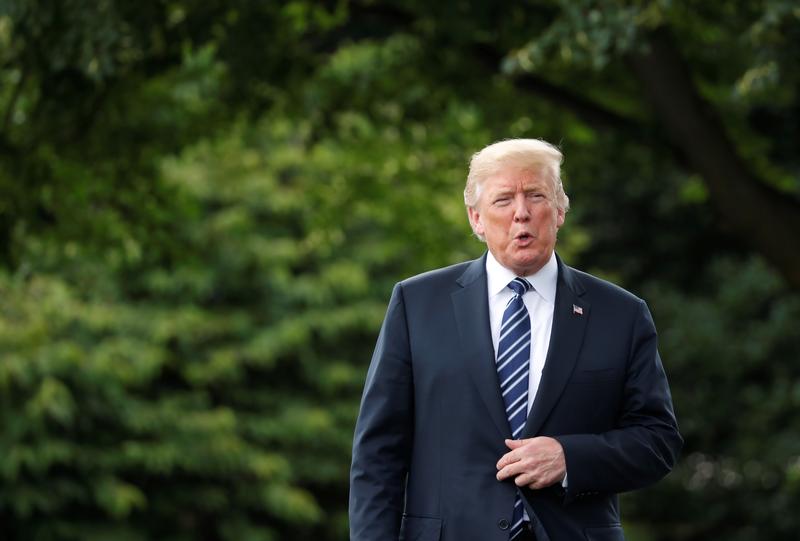 WASHINGTON (Reuters) – The Trump administration on Tuesday is expected to announce billions of dollars in aid for U.S. farmers to help protect them from the repercussions of trade spats between the United States and China, the European Union and others, Politico reported.

FILE PHOTO: U.S. President Donald Trump walks up the driveway prior to delivering remarks at a showcase of American-made products at the White House in Washington, U.S., July 23, 2018. REUTERS/Carlos Barria

Citing two sources familiar with the plan, Politico said the administration will pay for the trade-related aid through the U.S. Department of Agriculture’s broad authority and two commodity support programs in a farm bill under consideration in Congress.