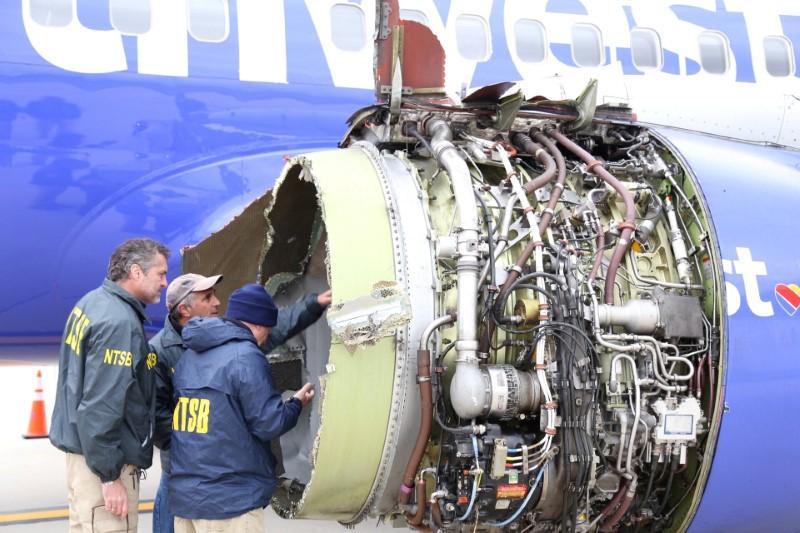 WASHINGTON (Reuters) – The National Transportation Safety Board said on Tuesday it will hold an investigative hearing in November about a midair incident in April in which an engine on a Southwest Airlines Boeing 737 exploded over Pennsylvania, killing one passenger.

FILE PHOTO: U.S. NTSB investigators are on scene examining damage to the engine of the Southwest Airlines plane in this image released from Philadelphia, Pennsylvania, U.S., April 17, 2018. NTSB/Handout/File Photo via REUTERS