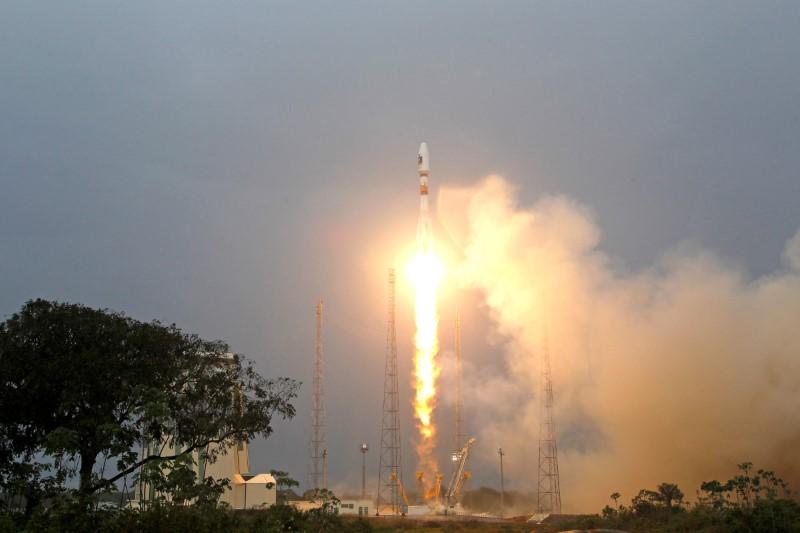 FRANKFURT (Reuters) – Europe launched four more Galileo satellites on Wednesday, taking the number in orbit to 26 and moving a step closer to having its own navigation system, just as the programme has become the latest flashpoint in Brexit negotiations.

The satellites, which will be part of the European Union’s alternative to the U.S. Global Positioning System, or GPS, blasted off from Europe’s spaceport in French Guiana aboard an Ariane 5 rocket at 8.25 AM local time (1325 GMT), according to the European Space Agency (ESA).

The Galileo system will eventually have a total of 30 satellites, weighing about 700 kg (1,543 pounds) each. They are equipped with antennae and sensors and powered by two five-square-metre (53.8 square foot) solar wings.

The EU aims to use Galileo to tap into the global market for satellite navigation services, which it estimates will be worth 250 billion euros (£222.1 billion) by 2022.

But a row over Galileo has erupted amid Brexit negotiations, with London accusing the European Union of shutting British businesses out of the project before Britain’s exit next year and threatening to develop its own rival system.

Former Brexit minister David Davis last month warned that shutting Britain out at this stage would delay the Galileo project by up to three years and increase the bill by an extra one billion euros.

Since the EU decided to go ahead with Galileo 17 years ago, the programme has suffered some setbacks, including delays, financing problems, two satellites being put into the wrong orbit and questions about whether Europe really needs a rival system to GPS.