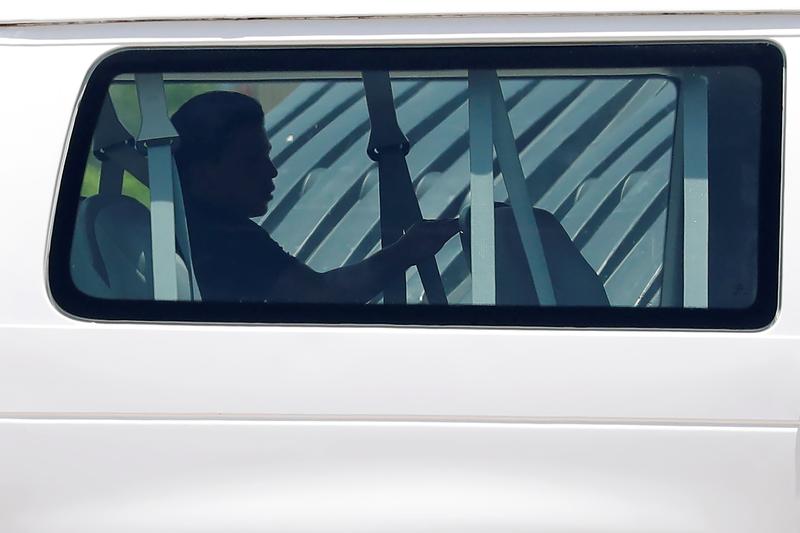 (Reuters) – Dozens of immigrant parents were coerced or misled by U.S. authorities on the Mexico border into signing forms agreeing to be deported quickly without their children, lawyers said in a court filing on Wednesday.

A minor sits in the back of a van as he is transported into Casa Esperanza, a federal contracted shelter in Brownsville, Texas, U.S. July 11, 2018. REUTERS/Carlos Barria

“They showed me a form and told me that I needed to sign the form so that I could be reunified with my son,” said a Honduran asylum seeker identified only as H.G.A. in testimony filed in U.S. District Court in San Diego.

Other parents who were illiterate or spoke only indigenous languages said they could not understand the forms they were signing.

Attorney Sofia Reive said in a declaration that she met last weekend with nine fathers on a list provided by the U.S. government of parents who had waived reunification with their children.

All of the fathers, Reive said, “had no idea that they had signed a document that relinquished any rights to be reunited with the children.”

A Department of Homeland Security official who asked not to be named said a notice of rights is posted in English and Spanish in all detention facilities where parents are detained and the form waiving reunification must be read to parents in a language they understand.

Some parents have indicated they want their children to remain in the United States with family members if they are deported, said the official.

The American Civil Liberties Union filed statements from attorneys who interviewed immigrants and an immigrant’s account to support its motion asking District Judge Dana Sabraw to stay deportations of reunited parents for seven days after their children were returned to them.

The rights group said the time was needed to advise parents of their rights and allow them time to consider their options.

Government lawyers have said they do not believe the court has jurisdiction to issue an order delaying deportation. They have also defended the government’s handling of the reunifications so far, saying the ACLU’s portrayal of the process as chaotic was inaccurate.

“We have many reasons to be proud,” Scott Stewart, an attorney for the U.S. Department of Justice, told the judge in court on Tuesday.

More than 450 immigrant parents separated from their children when they entered the United States illegally are no longer in the country but their children are, according to a joint court filing on Monday by the federal government and the ACLU.

Last month, Sabraw said the government had to reunite as many as 2,500 children and parents separated under President Donald Trump’s “zero tolerance” policy. He gave the government until July 26 to do so.