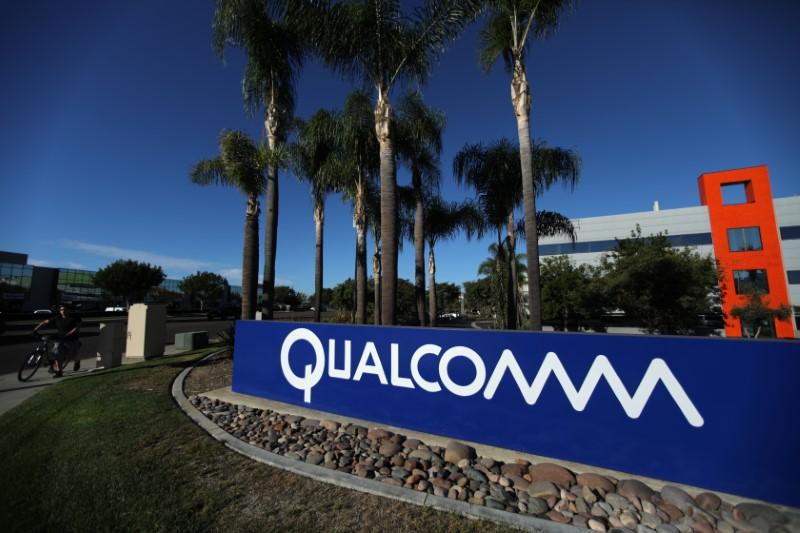 r(Reuters) – Qualcomm Inc (QCOM.O), the world’s biggest maker of chips for mobile phones, said on Wednesday it would drop its bid to buy Dutch chipmaker NXP Semiconductors (NXPI.O) after failing to secure regulatory approval from China against a backdrop of widening trade tensions.

The company promised to compensate shareholders for the collapse of the $44 billion deal by buying back $30 billion of its own shares and its third-quarter results, also released on Wednesday, topped Wall Street forecasts.

Qualcomm agreed what would have been the largest-ever merger in the semiconductor industry two years ago as it sought alternative sources of growth to an increasingly saturated mobile phone market.

But the deal became embroiled in a trade standoff between China and the United States, who have clashed on issues including ownership of technology and patents.

“We obviously got caught up in something that was above us,” Qualcomm Chief Executive Steve Mollenkopf told Reuters.

“I don’t know if I would conclude anything about our own business, our ability to invest [in China] or partner with Chinese companies. We’re quite pleased with how that’s going and expect it to continue.”

Qualcomm needed the Chinese approval, the last of nine global regulators to be consulted, because the country accounted for nearly two-thirds of its revenue last year.

Barring a last-minute reprieve, the chipmaker said in its results release it would make good on a joint pledge with NXP to call off the merger if had not won Chinese regulatory approval by 2359 Eastern U.S. time on Wednesday.

In Wednesday’s results release, Qualcomm forecast fourth-quarter revenue of between $5.1 billion and $5.9 billion, and adjusted earnings of 75 to 85 cents per share. Analysts were expecting forecasts of $5.45 billion and 76 cents respectively, according to Thomson Reuters I/B/E/S.

Shares in the San Diego California-based firm rose 4.2 percent to $61.87 in trading after the bell. NXP Semiconductors shares fell 2 percent to $96.42.

Qualcomm, which beat off a $117 billion hostile bid from Broadcom Inc (AVGO.O) in March, has announced cost cuts and changes to its long-term licensing agreement with Samsung Electronics Co Ltd (005930.KS) while seeking to use a lower-cost licensing model for the next generation of 5G mobile data networks.

It hopes that will make it easier for customers to license a smaller, lower-cost set of standard patents and help resolve license disputes with Apple Inc (AAPL.O) and another licensee, which analysts say is Huawei Technologies Co Ltd [HWT.UL]

The company said on Wednesday it had come to an interim agreement with the other licensee, which it did not name, and gained $500 million in quarterly revenue as a result.

Qualcomm is on the hook for a $2 billion deal breakup fee and the licensing business is vital to its efforts to expand beyond selling chips in the now-saturated mobile phone market.

NXP, a major supplier of chips to the automotive business, had been its other major play in the search for a new source of growth.

Analysts say Trump has likely played an outsized role in Qualcomm’s fate, issuing an order in March blocking the Broadcom bid and imposing tariffs on $34 billion in Chinese goods.

The ban was later lifted, raising hopes the NXP deal would survive. Members of U.S. Congress have called for the ban to be reinstated.

Reporting by Michael Martina in Beijing and Greg Roumeliotis in New York; Additional reporting by Adam Jourdan and Ben Blanchard in Beijing; Subrat Patnaik in Bengaluru and Stephen Nellis in San Francisco; Writing by Sayantani Ghosh; Editing by Muralikumar Anantharaman and Meredith Mazzilli