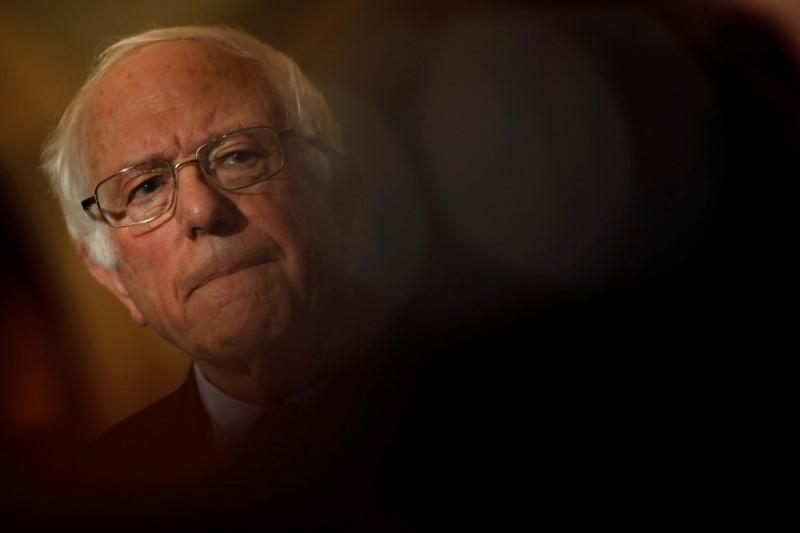 WASHINGTON (Reuters) – A group of U.S. Senate liberals on Wednesday introduced legislation providing debt relief to Puerto Rico as the island territory struggles to recover from a devastating 2017 hurricane that worsened conditions in an already-suffering economy.

Independent Senator Bernie Sanders and Democratic Senator Elizabeth Warren have joined up with three other liberal Democratic senators in seeking broad debt relief for Puerto Rico and other U.S. territories.

The U.S. commonwealth declared the largest municipal bankruptcy in 2017 under the so-called federal PROMESA law, and is seeking to restructure in court more than $70 billion in debt. It also has another $45 billion or so in unfunded pension liabilities.

“Greedy Wall Street vulture funds must not be allowed to reap huge profits off the suffering and misery of the Puerto Rican people for a second longer,” Sanders said in a statement.

Their initiative is not expected to gain traction in the Republican-controlled Congress, but it could provide hints about what Democrats might pursue if they manage to win majorities in either the Senate or House of Representatives in November’s congressional elections.

The bill surfaced on the same day a federal judge took up but did not immediately rule on litigation by the Puerto Rican government challenging the ability of its federally appointed oversight board to enforce certain measures through the budget and fiscal plan. A U.S. House committee also held a hearing on management turmoil at the island’s bankrupt electric utility.

The Senate bill would give U.S. territories the option to terminate non-pension debt obligations under certain conditions.

It would provide $7.5 billion for Puerto Rican creditors whose debt is terminated, including Puerto Rican residents, banks and credit unions that did business solely in Puerto Rico.

Another $7.5 billion would be set aside for mainland creditors whose debt was terminated, including individual investors.

Backers of the legislation said the $15 billion in Washington funding would not be made available to hedge funds and their investors, bond insurers or financial firms with consolidated assets greater than $2 billion.

Spokesmen for a bondholders group that includes hedge funds and for bond insurer MBIA Inc declined to comment on the legislation on Wednesday.

Congress passed the PROMESA legislation in 2016, which created a seven-member board to manage Puerto Rico’s finances.

In U.S. District Court in Puerto Rico on Wednesday, Judge Laura Taylor Swain, who is overseeing the territory’s bankruptcy case, also received an update on privatizing the Puerto Rico Electric Power Authority (PREPA). Attorneys for the island’s oversight panel said the private market had “significant amount of interest” in taking over PREPA assets and operations.

Meanwhile, the U.S. House Committee on Natural Resources heard from energy, finance and restructuring experts on ways to depoliticize PREPA and make it a regulated and fully functioning utility in order to attract private investment.

“This has been an ongoing problem we need to break this time,” said Committee Chairman Rob Bishop, who rejected the idea of federalizing the utility.

Since mid-July, there have been three executive directors either in place or named to oversee the utility’s restructuring and the restoration and upgrading of the U.S. territory’s electric grid, which was decimated by Hurricane Maria last year.

Although invited, Puerto Rico Governor Ricardo Rossello declined to attend. In written testimony, Rossello disputed allegations of political interference sparking turnover of the utility’s executive directors and board members. He said current PREPA head Jose Ortiz has unassailable credentials and has demonstrated in his previous government roles the ability “to put politics aside.”