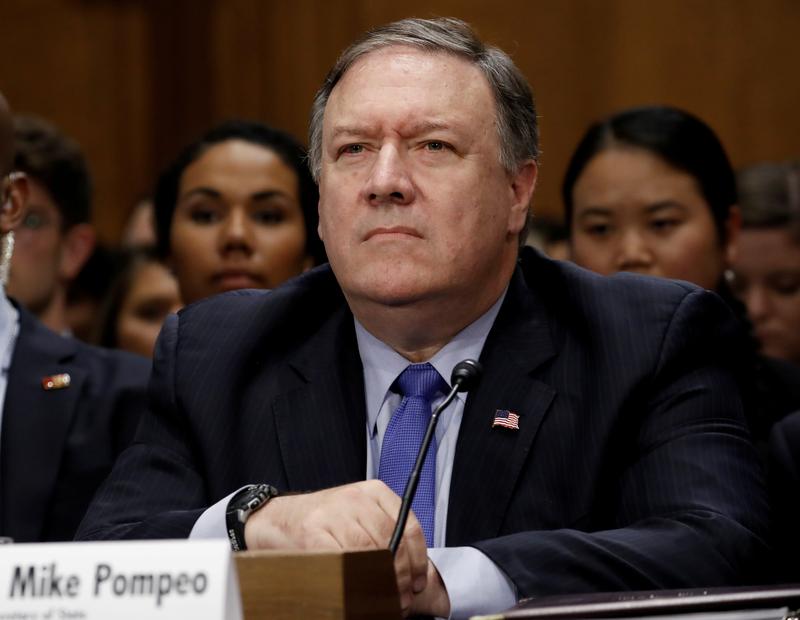 Pompeo faced tough questioning from Democrats and Republicans during testimony before the Senator Foreign Relations Committee about Trump’s failure to hold the Russian president accountable for Moscow’s meddling in the 2016 U.S. election at their meeting in Helsinki last week.

“I have tremendous faith in you, I think you’re a patriot … but it’s the president’s actions that create tremendous distrust in our nation,” the committee’s Republican chairman, Bob Corker, told Pompeo.

“Is there some strategy behind creating doubt in U.S. senators’ minds, on both sides of the aisle, doubt in the American people as to what his motivations are?” added Corker, a frequent critic of Trump.

Pompeo said he had been comprehensively briefed on Trump’s one-on-one meeting with Putin, who U.S. intelligence agencies said knew about Russia’s meddling in the election.

Putin has said no such interference occurred and Trump has denied there was any collusion between his campaign and Moscow. The matter is under investigation by U.S. Special Counsel Robert Mueller.

In often testy exchanges with senators, Pompeo listed actions by the Trump administration against Russia, including what he said were over 200 sanctions against Moscow.

The “Crimea Declaration” appeared to try to quell suggestions that Washington could accept Moscow’s 2014 occupation of the Ukrainian peninsula following the Trump-Putin meeting and questions about what Trump agreed to in the one-on-one talks.

Trump has repeatedly declined to hold Putin accountable for annexing Crimea, pointing to former President Barack Obama instead for allowing it to happen under his watch.

“The United States rejects Russia’s attempted annexation of Crimea and pledges to maintain this policy until Ukraine’s territorial integrity is restored,” Pompeo said in the statement.

“The United States calls on Russia to respect the principles to which it has long claimed to adhere and to end its occupation of Crimea,” he said.

Pompeo later reassured senators that the United States would not lift sanctions against Russia until Moscow returned control of Crimea to Ukraine.

Speaking after the summit, Putin said Trump believed that Russia’s annexation of Crimea was legal based on a referendum.

White House national security adviser John Bolton said on Wednesday that Trump would postpone a second meeting with Putin until next year after the federal probe into the alleged meddling is over.

Trump said last week he would invite Putin to Washington for an autumn meeting, a move that sparked a new outcry, including from lawmakers in Trump’s Republican Party, who argued that Putin was an adversary not worthy of a White House visit.

Pompeo declined to offer details of what he knew about the Helsinki meeting. He said conversations between the president and his Cabinet should remain private.

“You come before a group of senators today who are filled with serious doubts about this White House and its conduct of American foreign policy,” Corker said.