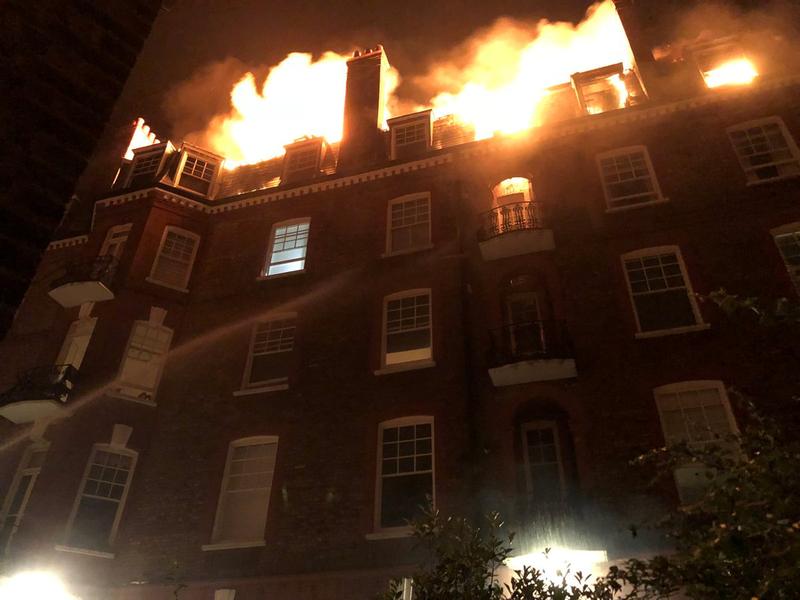 (Reuters) – A huge fire broke out on the top floor of a five-storey residential building in London’s West Hampstead, the fire brigade said on Thursday.

Firefighters tackle a blaze in a block of flats on fire in West Hampstead, London, England, July 26, 2018 in this picture obtained from social media. Matt Alis/via REUTERS

About 100 firefighters and 15 fire engines were tackling the blaze on Inglewood Road and it was “very visible for miles around,” the Fire Brigade said bit.ly/2mHK4UP.

The fire brigade was called in at 0104 a.m. (midnight GMT), it said in a statement, adding that the cause of the fire was not known yet.

It was not known if there were any injuries or casualties. Neighbours took to social media and posted videos and photos of the fire.

Reporting by Subrat Patnaik in Bengaluru; Editing by Gopakumar Warrier